It used to be that only the national atheist groups (or large donors) had the ability to do something as big as an advertising campaign or a matching donation… but now, local groups are showing they are just as capable of making big moves.

After Camp Quest Northwest (in Washington state) raised $10,000 in 2011 to support their inaugural camp taking place later this year, the Humanists of North Puget Sound just doubled their funds by giving them a matching donation of $10,000! 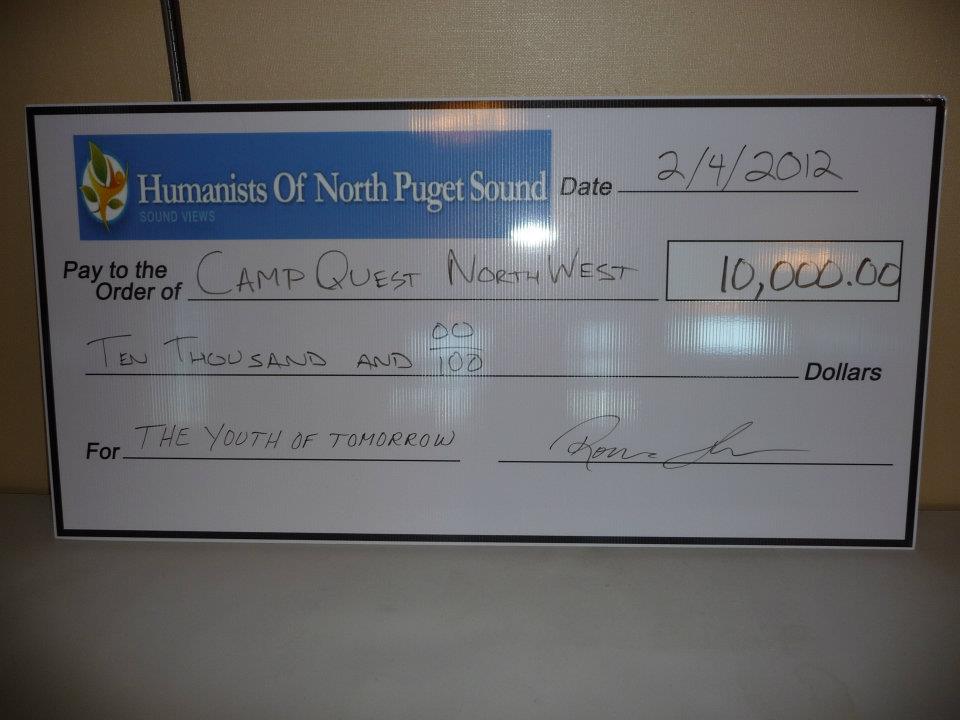 According to an email press release:

“It made perfect sense for our two groups to join resources to support the camp,” said Robert Ray, Vice President of Humanists of North Puget Sound. “Camp Quest’s goals are very much in keeping with the values that we promote, especially our hope that reason and science will one day overcome superstition and outdated traditions.”

According to [President of Camp Quest NorthWest Chuck] Wolber, “We are deeply grateful for this matching gift from Humanists of North Puget Sound. These funds will be incredibly helpful, especially this year as we work toward our first Camp Quest NorthWest session, August 15-21, 2012.”

That’s a generous gift for a worthy cause. The presentation of the check was made over the weekend: 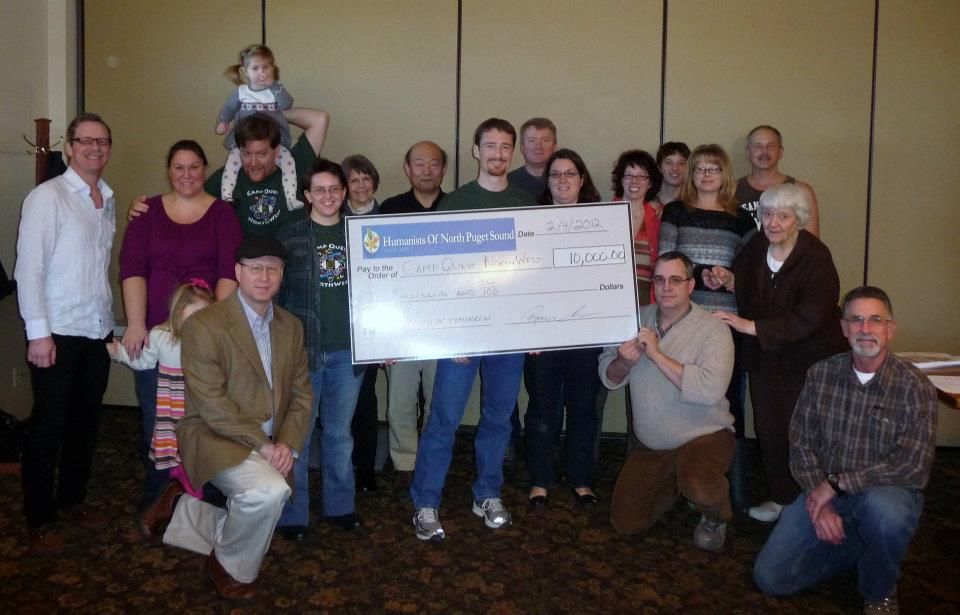 If you’d like to register your children for CQ NorthWest, you can do that now for an early bird rate! I’ve heard so many good things about Camp Quest in general and this is bound to be an equally wonderful experience for all the children who attend.