Remember when the Harry Potter books were still in their prime and you’d hear about those Christian parents trying to ban the series from local and school libraries? What do you do if those are your parents? Or your best friend’s parents? And how do you go about changing their minds?

That’s the crux of the conflict in a fantastic graphic novel called Americus (First Second Books, 2011) by MK Reed with illustrations by Jonathan David Hill:

The story centers around 14-year-old Neil Barton, a shy kid living in Americus, Oklahoma. He loves the fictional fantasy series “The Chronicles of Apathea Ravenchilde.” It’s really popular, but, you know, it features witches and magical spells and talking dogs so it must be anti-everything-good-and-right-with-the-world. His best friend Danny loves the books, too, but Danny’s mom is leading the charge to get them banned: 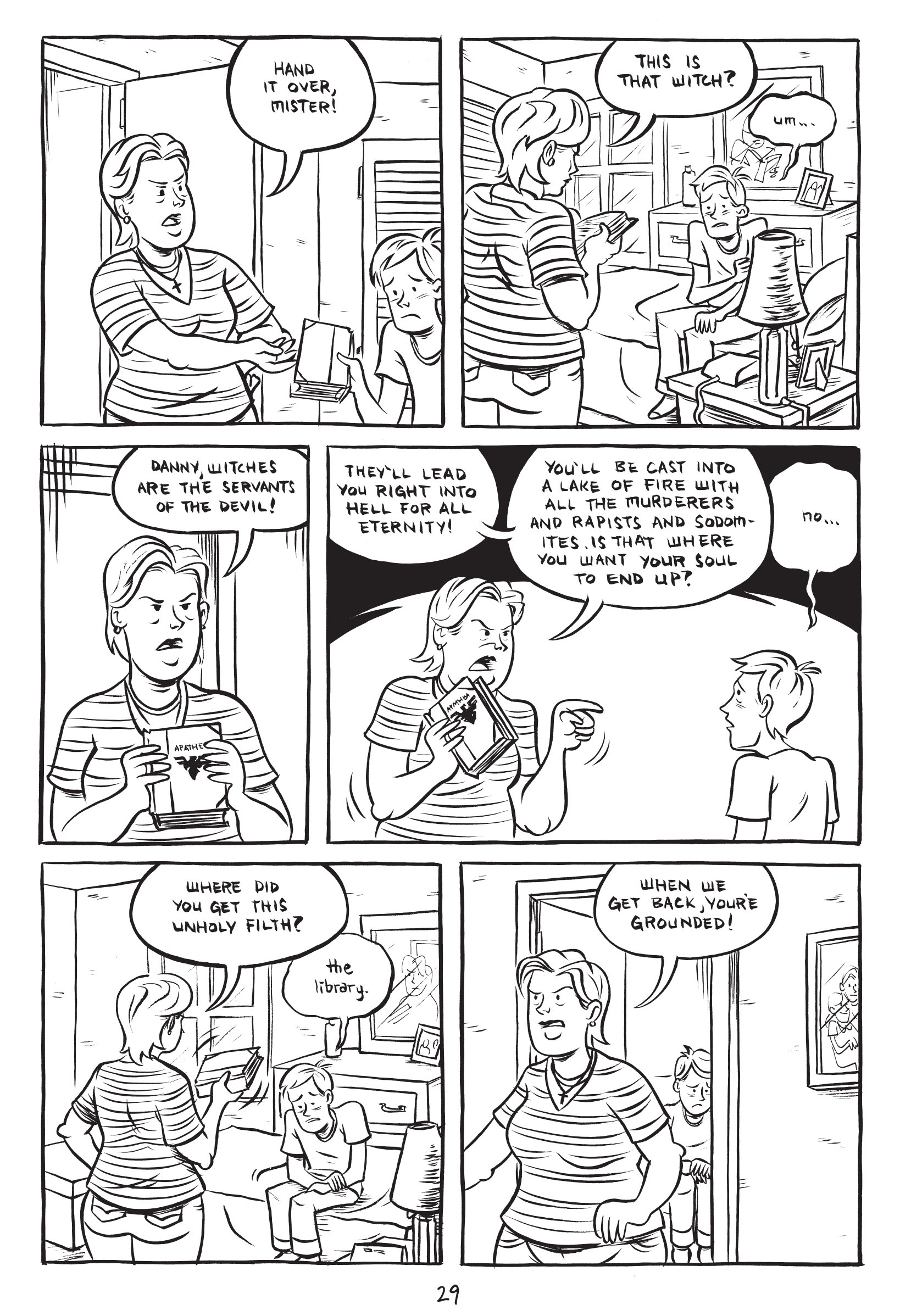 During an argument, Danny tells his mom a secret that gets him sent off to military school and she channels her frustration into getting the city council to ban the books from a local library. 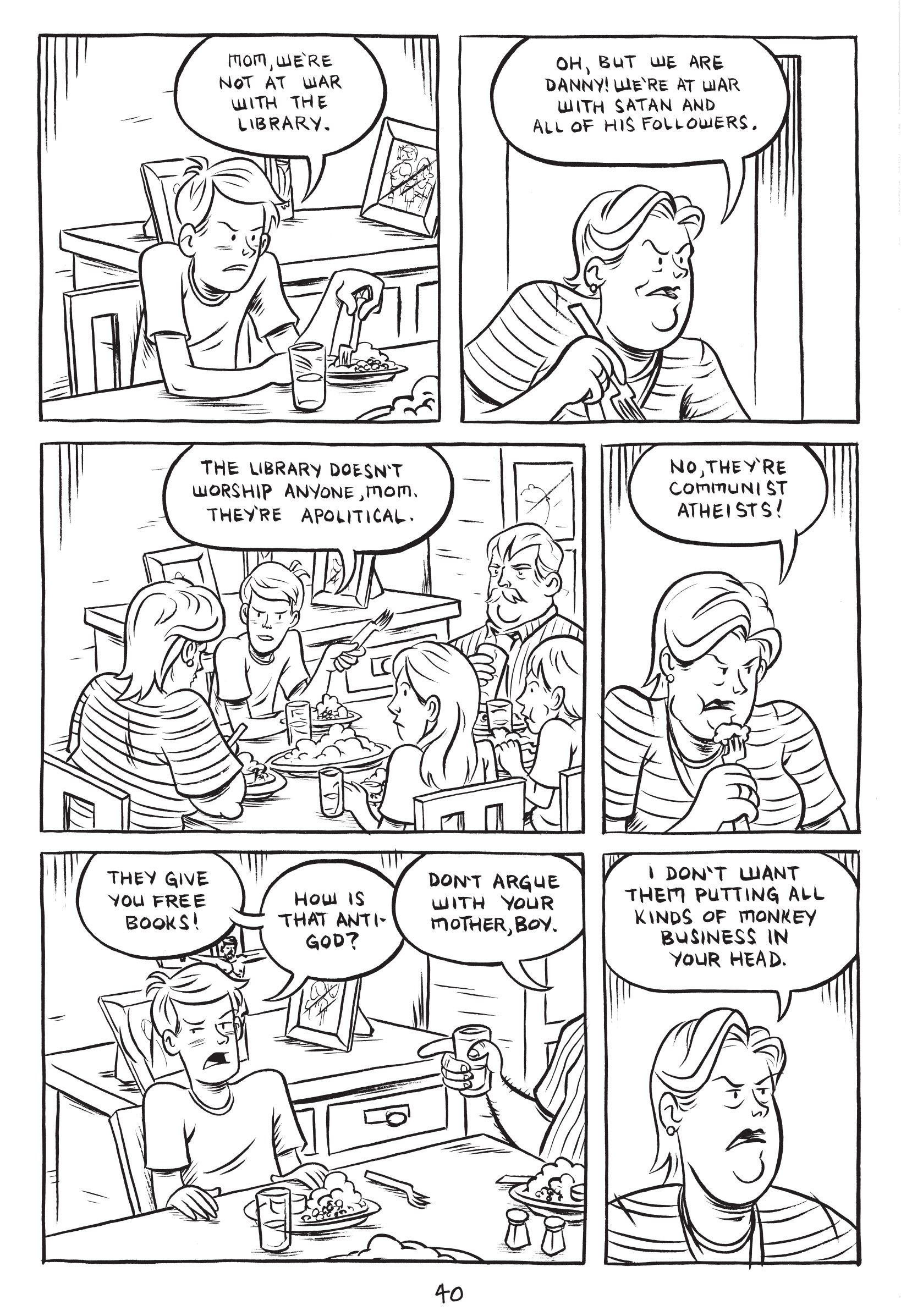 The non-essential characters don’t have a lot of depth to them and neither do most of the side-stories, but there’s enough material to flesh out these ideas in future books if the author ever wanted to do so.

There’s some criticism that the Christian mother is a “Bible-thumping caricature,” too stereotypical, too one-sided, too bats hit crazy, but I don’t buy that. Let’s face it: These people really exist. And Reed makes it clear that the mother loves her kids and wants what’s best for them… she is just completely misguided in how she goes about it. You wish her husband would get the courage to stand up to her, but he never quite gets there in the book.

The other characters include Neil’s single mother, a boy who helps Neil discover new music, girls in Shop class who have to put up with sexist shit from their male classmates (but who take a liking to Neil), and a wonderful librarian who has to deal with the book banners and tries to fight back against them: 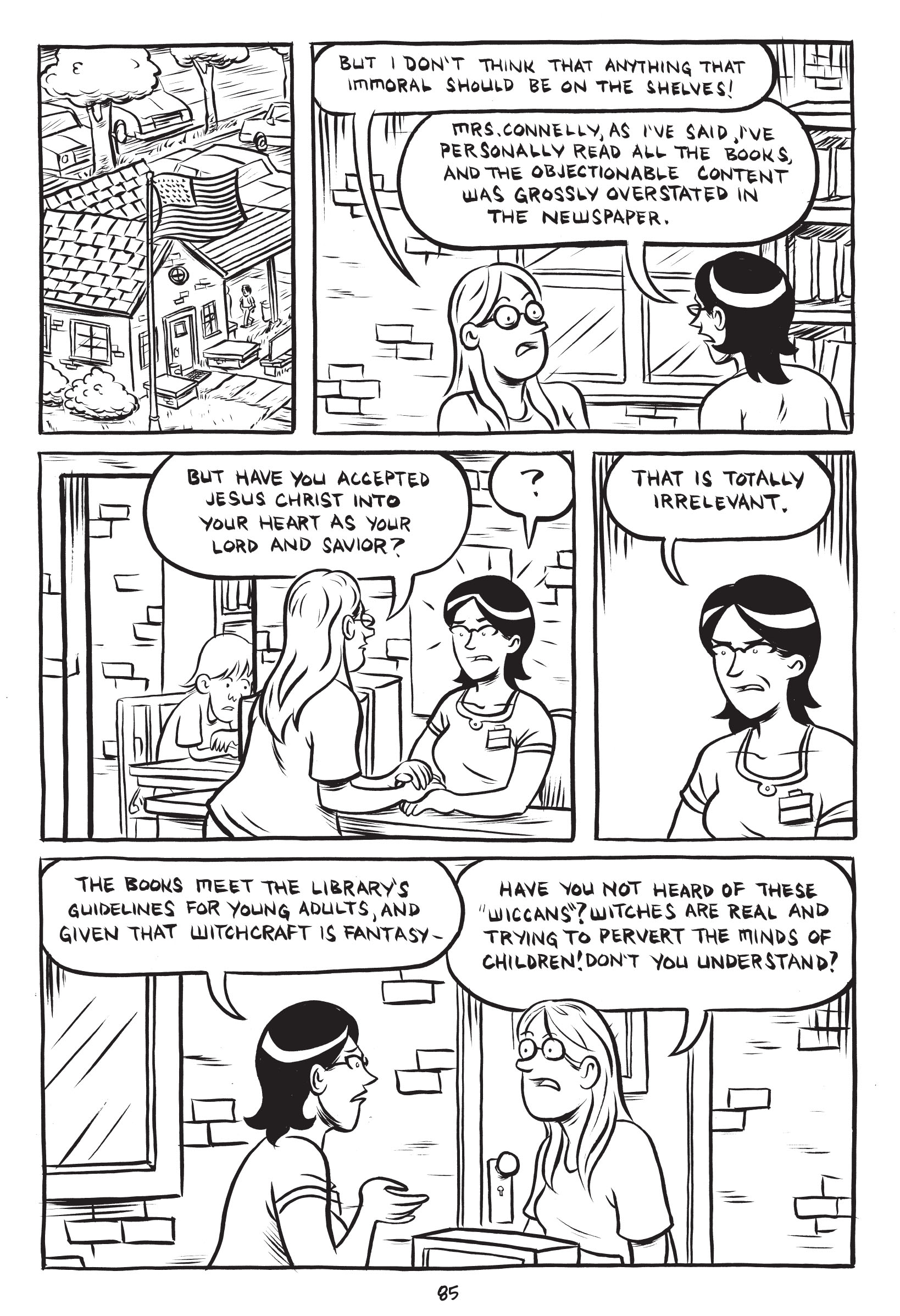 The book is aimed at younger kids, but I still liked it. It was a quick read and a nice story focusing on a topic we (unfortunately) still have to deal with today. If enough people had the strength and courage to fight against censorship — and Neil is learning how to do just that throughout the book — maybe events like Banned Books Week would become superfluous.

February 2, 2012
Atheist Parents: What Would You Do Differently?
Next Post