***Update*** (from Hemant): If you’d like to make one of these kinds of billboards a reality, please read this post and support Katie Hartman‘s proposal!

In the continuing debate over the benefits and drawbacks of “in your face” atheist billboards versus “soft sell” atheist billboards, the assertion that the religious public will claim that they’re “offended” whether the message is strident or mild is frequently put forward.

As a good skeptic, I thought that perhaps this proposition should be put to a test. So in a half-serious, half-lighthearted spirit, I propose that we try displaying billboards that are truly innocuous, so that the only thing that might provoke “offense” would be the word “atheist” in the billboard sponsor’s name. Then we would see if the claim is true that “our mere existence is what offends them.”

Below are my suggestions. The sponsoring organizations depicted are merely my whimsical choices. Their approval of these billboards is not implied.

*Update:* Many commenters are saying that they’d donate to have an ad or ads like these published, and they’re asking about who will do it. Please, don’t expect me to. My life is already filled to the brim with family responsibilities. If any atheist group wants to use any of these ideas or something similar, go for it! I’ll be very happy to join in contributing money toward it. 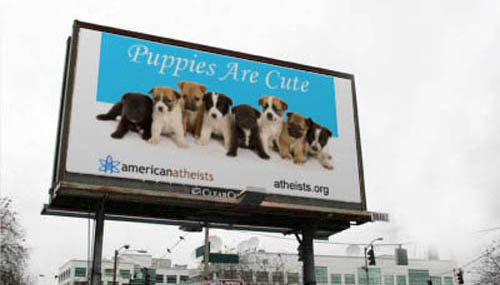 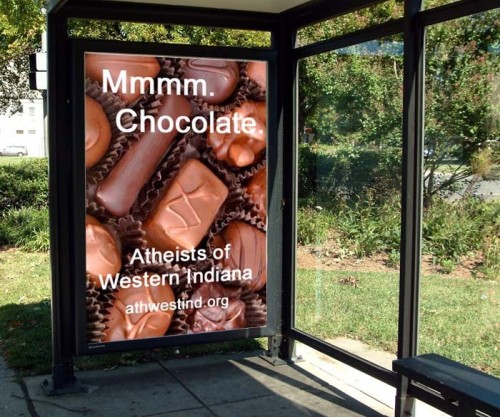 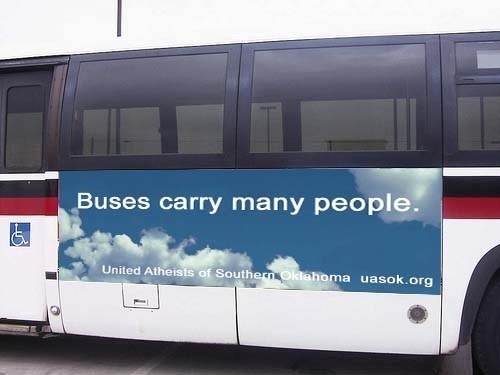 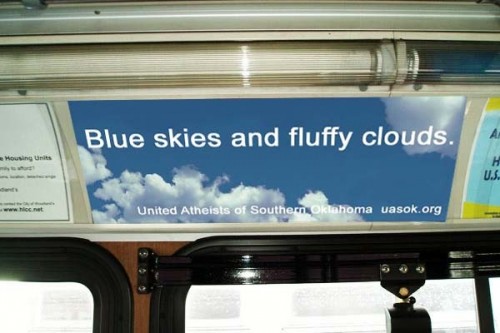 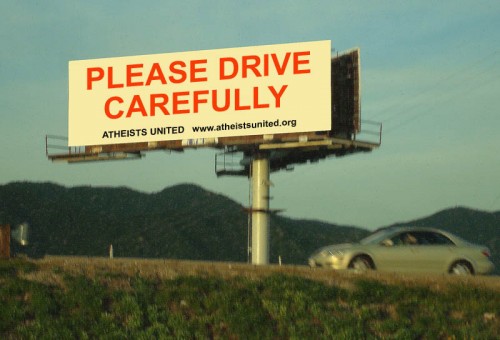 As a counterpoint to these, it would be interesting to see if a billboard such as this one (my invention) would stir any controversy at all: 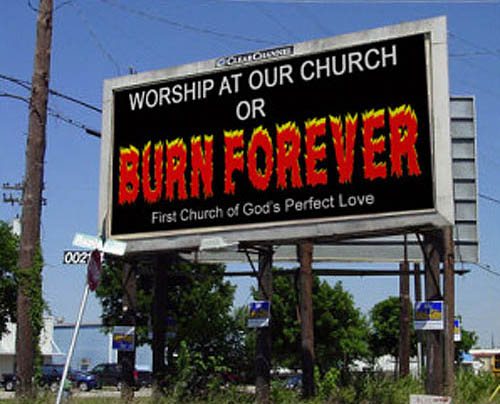