Hitler did this. He killed the weak, the sick, the old, and babies and races/religions he didn’t like. Hitler also controlled the media. (Where’s the public debate between scientists on “Climate Change/Global Warming?”) Hitler had the VW bug invented as the state car. What will O’s nationalized car be? So… kill off the weak. That’s the plan. Tax the workers to death. Erase the middle class. Sounds like the evil governments we studied in high school long ago. The evil governments were : kings, oligarchies, facist, socialist, and communist. Now it’s called the Obama Administration. Sounds like candy or a rock band.

More recently, she appeared in a webseries called PolitiChicks. In Episode 1, they ripped on “Gays, Muslims & Gay Muslims”:

So after you hear all this, you start asking questions…

Is she really that crazy?

Is this all some sort of weird alternative comedy routine?

Is she trying to out-Colbert Stephen Colbert?

Julia Sweeney — also a former SNL cast member around the same time (she famously portrayed androgynous Pat) and an atheist who wrote a wonderful one-woman show about losing her faith — gets asked about Jackson a lot, as you might imagine. 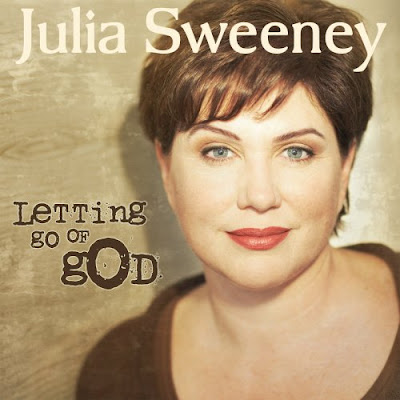 In a post on her website today, she tries to answer those questions and reluctantly admits it’s probably not an act:

So, to answer the question that many have asked me…. Yes. She is for real. She really does believe all the things she says. To my knowledge, there will not be a day when she says: the jig is up. It was all a performance piece.

She’s not Andy Kaufman (as many emailers have asked me.) The “there” you think is “there” is not “there.”

As far as I know.

If it turns out Jackson has been doing an act for this long, it may go down as one of the greatest Poes we’ve ever seen.

But if she really is as kooky as she comes across, it would just be… sad. How someone could get that brainwashed by the intertwining of conservative Christianity and politics — especially when she (presumably) knows many liberals, has worked with them, and ought to know they’re not as bad as she makes them out to be — is really stunning.

January 23, 2012 A School Administrator Says Handing Out Bibles to Children is Not Religious Indoctrination
Browse Our Archives
What Are Your Thoughts?leave a comment