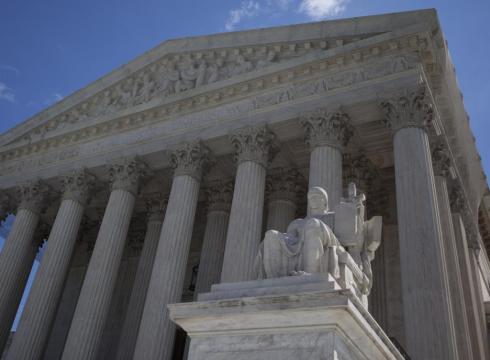 Relying heavily on the history of the Constitution, the Court explained that the First Amendment was designed, in part, “to ensure that the new Federal Government — unlike the English Crown — would have no role in filling ecclesiastical offices.”  The Court explained:

Requiring a church to accept or retain an unwanted minister, or punishing a church for failing to do so, intrudes upon more than a mere employment decision. Such ac­tion interferes with the internal governance of the church, depriving the church of control over the selection of those who will personify its beliefs. By imposing an unwanted minister, the state infringes the Free Exercise Clause, which protects a religious group’s right to shape its own faith and mission through its appointments. According the state the power to determine which individuals will minister to the faithful also violates the Establishment Clause, which prohibits government involvement in such ecclesiastical decisions.

The Court argues, in essence, that applying federal discrimination laws to churches regarding church hiring and firing (of ministers) would unduly entangle the government with the church.

This decision has disappointed some, and it seems to me that this disappointment comes in two varieties.

First, some people are worried that churches, synagogues, etc. will simply call most of their employees “ministers,” thereby avoiding federal employment laws.  This would allow the church to fire these employees for any number of discriminatory reasons without the possibility of a lawsuit.  I believe this concern to be unfounded.  Although the Court does not present a “rigid formula” for determining when someone is a “minister,” the Court considered a variety of factors before holding that Cheryl Perich (the fired employee) was in fact a minister at Hosanna-Tabor (the church that fired her):

Hosanna-Tabor held her out as a minister, with a role distinct from that of most of its members. That title represented a significant degree of religious training followed by a formal process of commissioning. Perich also held herself out as a minister by, for example, accepting the formal call to religious ser­vice. And her job duties reflected a role in conveying the Church’s message and carrying out its mission: As a source of religious in­struction, Perich played an important part in transmitting the Lu­theran faith.

Only time will tell, of course, but given these factors I do not believe churches will be able to circumvent federal employment law simply by referring to all of their employees as “ministers.”

A second common concern, and one I believe is well-founded, is that actual ministers are now without access to legal recourse if their church has violated federal employment law. As explained by Americans United in their press release, “A pastor who objected to being sexually harassed, for example, could be fired for raising that issue and have no recourse in the courts.”

The best we can hope for, then, is that ministers who have been harassed or discriminated against (and now have no legal recourse) are able to use that experience to raise awareness within their own communities.  Or — dare I say it? — maybe they should consider choosing an entirely new community.

January 13, 2012
You Can't Hate Religion and Love Jesus
Next Post