Greg Wilcox has a terrific cover story about ex-Mormons who become atheists at City Weekly: 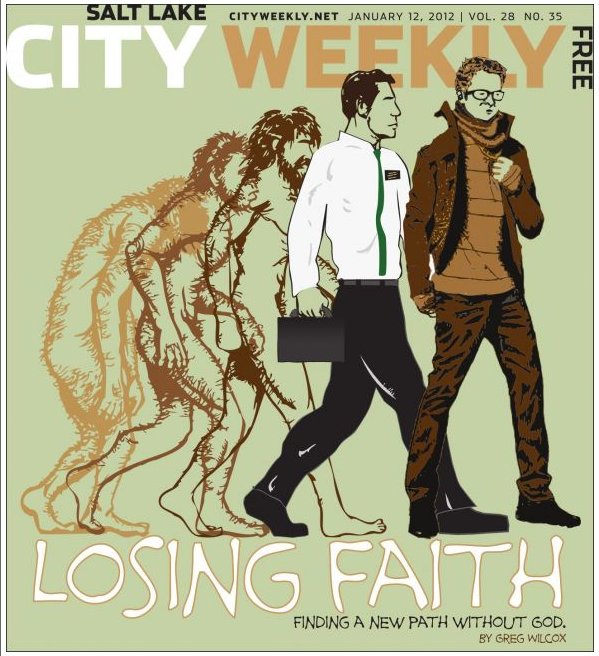 “We psychologically manipulated people — it was very clear,” Merris says. “Now that I’ve read about psychological experiments and look at them in that context, I’m like, ‘Yeah, we were clearly manipulating those people.’”

… for Atheists of Utah Valley group members who attend BYU, being open with their families is usually not a viable option, as they could either lose their ecclesiastical endorsement or lose money from their parents. “While attending BYU, it’s better to kind of keep them in the dark,” says one student who wanted to remain anonymous for fear of how her family would react. “I’m not afraid of what they’ll think, it’s purely for money reasons — just scared of the money going away.”

Unlike a lot of articles, this one actually has a supportive comment thread.