A Bittersweet Farewell to Off The Map January 10, 2012 Hemant Mehta

A Bittersweet Farewell to Off The Map

The main reason I began blogging was that, more than five years ago, a Christian named Jim Henderson “bought my soul on eBay.” He asked me to visit a number of churches and write about my experiences on his ministry’s website. 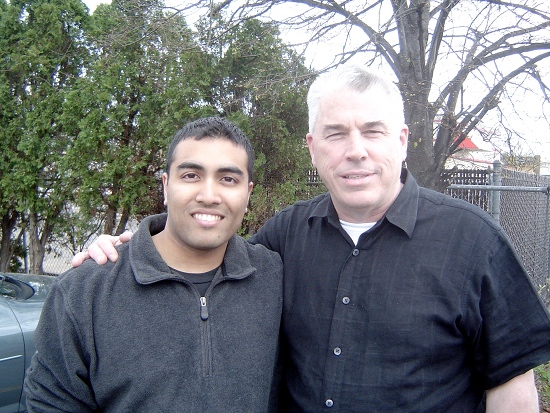 That ministry was called Off The Map — unofficial slogan: “Helping Christians be normal” — and they’re finally calling it quits:

We wanted a conference that was sponsored by followers of Jesus that was also an event where non-believers were heard, valued and included. We wanted a place (even a temporary one) where differences weren’t ignored, controlled or demonized, but instead were enjoyed and anticipated.

One of the things we’d tell people at the start of each conference was “we’ve intentionally designed this event so that everyone in this room will be offended at least once — if we fail to do that we’ve failed to go Off The Map.”

For the past two years I’ve been reflecting on the future of Off The Map. After consulting with our board and key volunteers, it appears to us that Jesus is happy with us having evolved Off The Map out of business.

Yeah, it’s a Christian ministry, but as far as those go, this wasn’t the worst of them.

Jim’s working on a number of new projects, including a new book called The Resignation of Eve: What If Adam’s Rib Is No Longer Willing to Be the Church’s Backbone? The book (and several live stage shows) will feature conversations about how the Christian church treats women and what the women have to say about it.

Even if Jim’s not working directly with atheists anymore, he’s still forcing the church to bear witness to a lot of conversations they’re not used to having — conversations that are sure to make a lot of Christians uncomfortable — and we’re all better off when that happens.

January 10, 2012 An Atheist Who Supports Tim Tebow
Browse Our Archives
What Are Your Thoughts?leave a comment