Seven Things to Avoid When Talking to Strangers about Humanism January 8, 2012 Hemant Mehta

Seven Things to Avoid When Talking to Strangers about Humanism

This is an article by Jennifer Hancock. It appears in the January/February 2012 issue of The Humanist. You can read other articles from this issue and subscribe to the magazine by going to their website.

Imagine you’ve just met someone new and it comes up that you’re a humanist. It happens. Perhaps you’re at the playground with your child or waiting in line at the grocery store and you let it slip that you’re on your way to a humanist meeting. Regardless of how it happens, the stereotypical response is, “What’s humanism?” 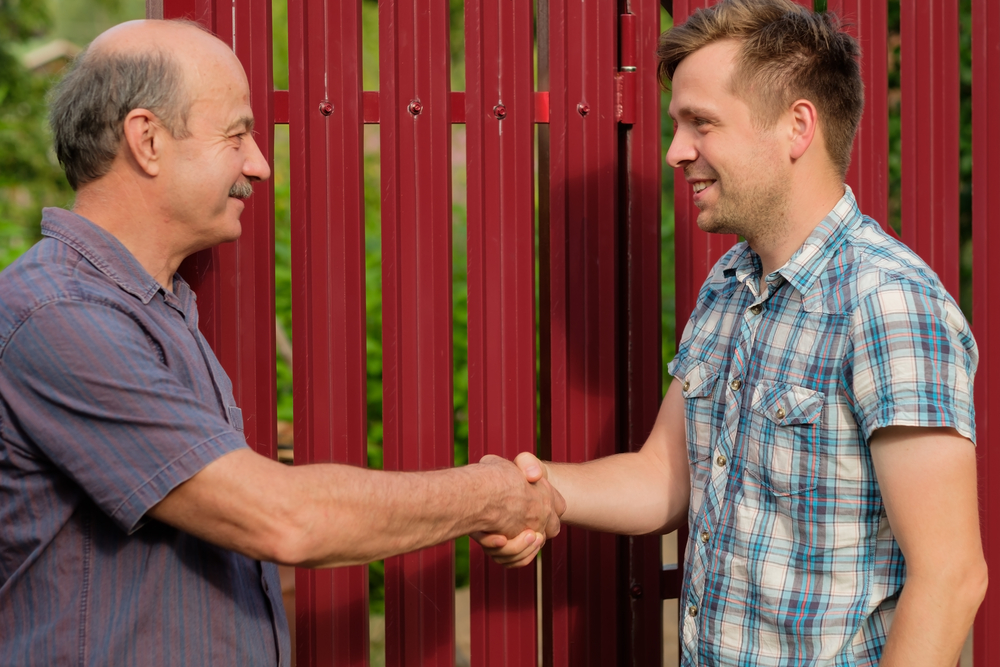 The good news is that you’ve now been provided a perfect opportunity to share your philosophy. The bad news is that most of us aren’t sure what to say when asked about humanism. We know we should focus on the positive, but it’s so much easier to talk about the things we are not or the ideas we reject. To help overcome these natural tendencies, I’ve compiled a list of seven things you probably shouldn’t do (with suggestions for what you should) when talking to strangers about humanism.

1) Don’t expect a negative reaction. Most people have a positive initial reaction to the word “humanism” or “humanist.” They likely want to hear what you’re going to say, and chances are they’re going to agree with a fair amount, except the rejection of the supernatural. So don’t ruin someone’s initially good impression of the word humanism by assuming he or she is going to react negatively to the philosophy; a positive response allows you to lead with a positive introduction. Of course, there’s also a chance that the person you’re talking to is a humanist and just doesn’t know it.

2) Don’t begin a debate. Don’t bait someone into an argument just to show off your critical thinking skills. It’s rude. If you’re asked to explain humanism, that’s what you should do, nicely and without suggesting the person is stupid or inferior.

3) Keep your definition of humanism simple. When asked to explain his or her philosophy, a humanist can get wordy, even launching into a history of the ancient Greeks and the humanists of the Renaissance. The problem is that these things really don’t help people understand what humanism is in that moment.

The very first thing out of your mouth should be a short and quick definition. Do your best to keep it simple and sincere (even reciting a short prepared statement can seem obtuse). The American Humanist Association defines humanism as “a progressive philosophy of life that, without supernaturalism, affirms our ability and responsibility to lead ethical lives of personal fulfillment that aspire to the greater good of humanity.” This works in written form, but for a personal interaction try something like, “humanism is about being a good person for the sake of being a good person.” Another good tactic is to quote a famous humanist, for example: “Kurt Vonnegut said that ‘being a humanist means trying to behave decently without expectation of rewards or punishment after you are dead.’”

4) Don’t talk about God. Most people, including most religious people, have very little interest in talking about the existence of God. And in our scenario, you haven’t been asked about that topic. You were asked about humanism. What’s interesting is that you wouldn’t even have to make a rejection of the supernatural explicit—people understand immediately that a deity is missing when you don’t invoke God or religion as the basis for your morality.

5) Don’t make it about them. The person who asked you about humanism didn’t ask you to critique their personal beliefs. If you are interested in raising questions about another person’s beliefs, the best way is to have them consider yours. In other words, if you stick to talking about what you believe in and value, they will do the hard work of questioning their ideas on their own.

6) Don’t denigrate religion — any religion. Just as your hypothetical conversationalist didn’t ask for your views on God they also didn’t ask for a diatribe about organized religion. They were simply curious about humanism. Moreover, most people think denigrating religion is offensive, even if they agree with you. The idea is to show how nice a humanist can be.

7) Don’t forget to talk about morality. The most attractive thing about humanism is its strong moral foundation. And yet most of us feel an urge to talk to strangers about the existence or non-existence of God. Don’t make this mistake. Talk about morality for the sake of morality without even going into the fact that yours isn’t grounded in a God belief. The truth is, most people consider morality a highly important topic, and the most exciting part about discussing moral issues with people is that if it turns out they are also irreligious, they will at this point get really excited and want to become your friend. It happens to me all the time!

Jennifer Hancock is the author of the new book, The Humanist Approach to Happiness: Practical Wisdom. She lives in Florida and for some reason finds herself talking to strangers about humanism several times a week. She can be found online at www.Jen-Hancock.com.

January 8, 2012 That's One Way To Combine Science and Religion...
Browse Our Archives
What Are Your Thoughts?leave a comment