A Food Bank Indirectly Tells People to Stop Praying About Hunger and Give Them Donations Instead January 7, 2012 Hemant Mehta

So here’s what I *think* happened with the Alameda County Community Food Bank (in California). They’re not an atheist group by any means. But even they must know that praying to alleviate hunger isn’t helpful to anyone.

Starving people don’t need your god’s help. They need something to eat.

But the food bank, unlike all of us, probably has no desire to be politically incorrect and tell people “Stop talking to your god and just donate some non-perishables.” They don’t want to get embroiled in a controversy. So they had to find a way to tell people to actually give them food instead of praying.

And here’s what they came up with: 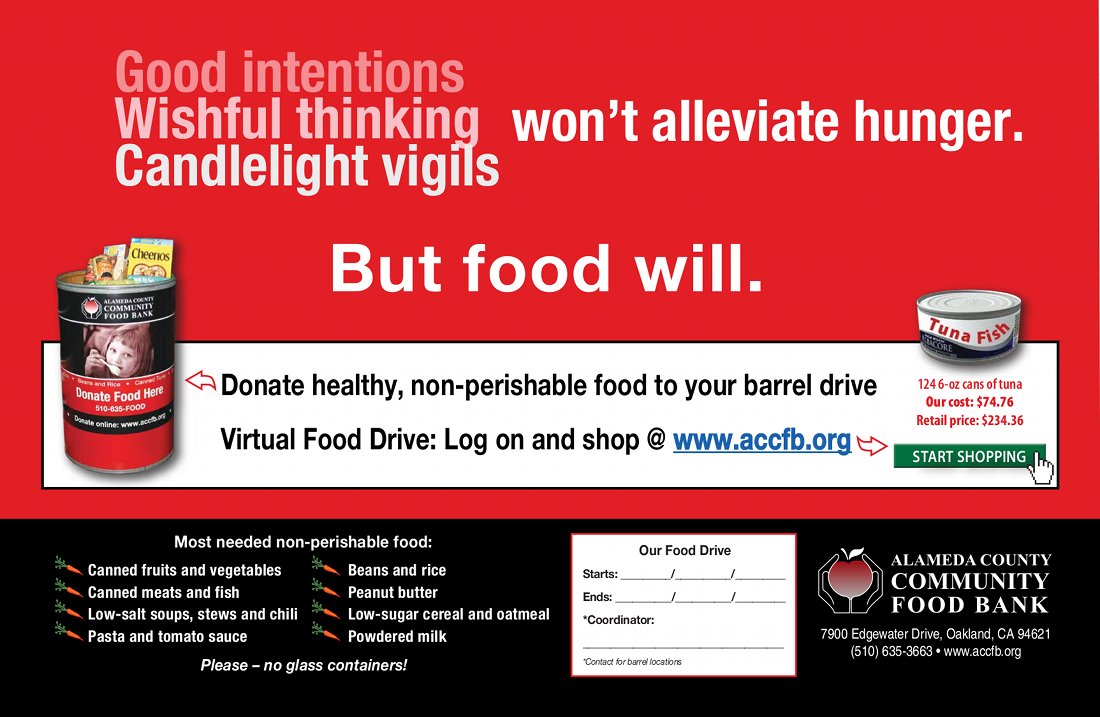 If that was their thought process, I’d say that’s a nice way to work around the issue 🙂

And, as far as I know, there haven’t been any complaints!

Here’s an even better idea: Don’t send them food.

Just give them money to do whatever they need to do because they know what they need the most.

January 7, 2012 Why Reading Fiction Should Matter to Atheists
Browse Our Archives
What Are Your Thoughts?leave a comment