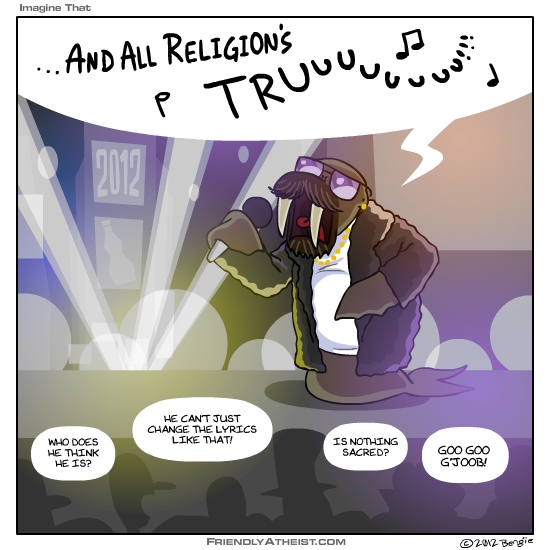 By now, you are all probably familiar with Cee Lo Green‘s foolhardy attempt to gild the lily by changing the lyrics of “Imagine” during NBC’s New Year’s Eve with Carson Daly. Some of the responses have been just as silly as the altered lyric itself. If Mr. Green deserves this much scrutiny for his trespass, then Weird Al Yankovic must be history’s greatest villain. I’m honestly more offended as a Beatles fan than as an atheist, but not very. At the end of the day, Cee Lo is the figurative walrus. An artist who can sing whatever he wants.