Atheists: Don’t Ever Put Up This Billboard January 3, 2012 Hemant Mehta

Atheists: Don’t Ever Put Up This Billboard

Just another example of a silly Christian billboard in the South?

Well, here’s a question for anyone just glossing over it: Would Christians react the same way if we put up an equally ignorant billboard? 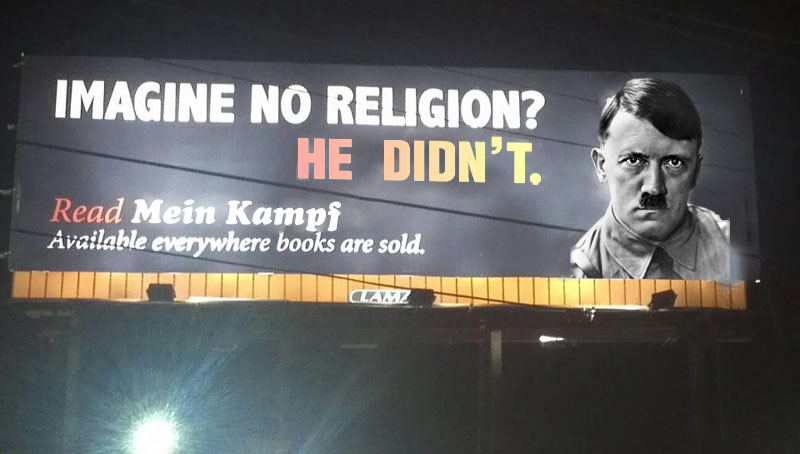 Arguably, this would get media attention, even though the implication that a devoutly religious leader would end up just like Hitler makes no sense.

I’m still wondering why the Stalin billboard has gotten virtually no press coverage.