Your Video Game Freethought Quote of the Day December 31, 2011 Lauren

Your Video Game Freethought Quote of the Day

At the moment, I happen to be re-playing Final Fantasy XIII in anticipation of the soon-to-be-released Final Fantasy XIII-2. While playing recently, one of the characters had the most amazing sound-byte about critical thought and freethought. At least, that’s how I took it.

To give a bit of context, the main group of characters are basically fighting against their government which is run by a machine-like race of beings. This group is stuck in a situation where the end is going to be bad for them pretty much no matter what they do. While all of the characters use this rock and a hard place time to grow and change, none of them see as much character growth as Hope. 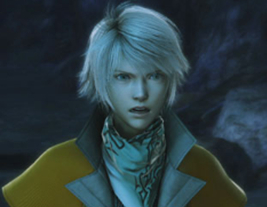 Hope starts the game as a cowed child, bent on revenge for a perceived slight he doesn’t even understand, and believing that the non-human government is in the right pretty much no matter what.

It’s not until significantly later in the game that the slow trickle of evidence finally bubbles over for him and he realizes that he has to actually make decisions based on evidence and not what he’s always been told.

“The world’s full of lies. There’s no way of knowing what’s right. All we can do is believe in ourselves. It’s easy to sit back and let people trick you. … I’m done with their lies. … From here on out I use my own eyes. Think.”

(I’ve edited out a few lines that don’t make sense without an in-depth story understanding. Their absence doesn’t take away from the full meaning of the quote.)

I’m sure you won’t be getting a video game freethought quote every day, but wouldn’t it be nice if there were more of them out there?

If you find any, feel free to send them my way by emailing lklalakla at gmail dot com.

December 31, 2011
Last Chance to Give to Foundation Beyond Belief This Year!
Next Post