Two decades ago, Herb Silverman ran for Governor of South Carolina in order to challenge the state law which said atheists could not hold public office. He may have lost the race but succeeded in raising people’s consciousness about that issue. (Technically, the law is still in the books, but it can’t be enforced.) Today, he is the Founder and President of the Secular Coalition for America.

Those two events may bookend his public life as an activist, but his activism outside the world of politics is equally compelling. (He gets bonus points for being a Math professor.)

In June of 2012, he’ll release an autobiography called Candidate Without A Prayer: An Autobiography of a Jewish Atheist in the Bible Belt (Pitchstone Publishing).

It’s one of the book I’m looking forward to reading next year and you can pre-order a copy now: 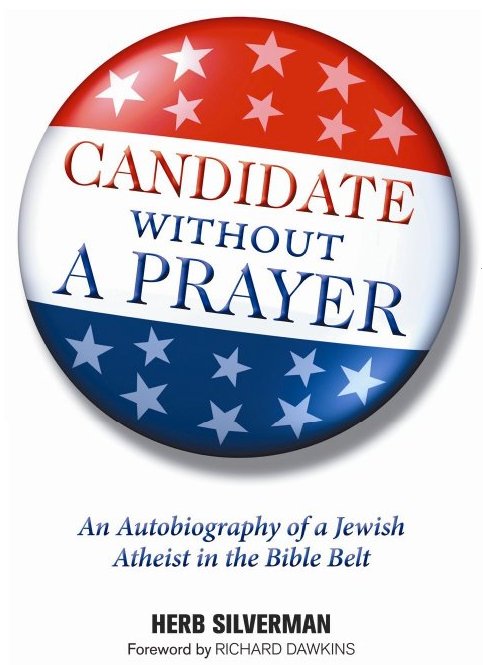 Incidentally, Amazon lists the full price right now, but my hunch is that it’ll drop by quite a bit by the time the book is actually released. Since no one gets charged until the release date, you’ll only pay the final price either way. TL; DR: You can pre-order it now and you’ll only be paying the final price. Amazon is awesome like that.

More information about the book will appear on this site closer to the release date, but for now, enjoy the cover 🙂

December 28, 2011
Christian Proselytizing in Public Schools Is Becoming An Epidemic
Next Post