Ginger Strivelli, a parent in North Carolina, got in touch with her local chapter of the ACLU after her fifth-grade son came home from his public school with a copy of the Bible without her prior knowledge or consent.

The school denies any wrong-doing, noting the box of Bibles was dropped off by the Gideons, who weren’t allowed any contact with the children. The Bibles were kept in the office where students could stop by for one if they wanted, and if any other religious group wanted to drop off their own texts, it would be handled in the same way.

The relevant case law suggests the school was out of line.

In Peck v. Upshur County Board of Education, a case out of a federal court of appeals in 1998, religious groups were allowed to distribute information at public high schools.  Through written disclaimers, it was made clear that the school was not sponsoring these distributions and that the students were free to take the material if they wished. Because both religious groups and non-religious groups could use the tables, and because no one could sit at the tables and pressure students to take the material, the court held that this practice was not an endorsement of religion and it could therefore continue.

However, with respect to elementary schools, the court noted something a little different:

In elementary schools, the concerns animating the coercion principle are at their strongest because of the impressionability of young elementary-age children. Moreover, because children of these ages may be unable to fully recognize and appreciate the difference between government and private speech — a difference that lies at the heart of the neutrality principle — the County’s policy could more easily be (mis)perceived as endorsement rather than as neutrality. Thus, because our obligation as a court of appeals is to reason as we believe the Supreme Court would, we do hold that the School Board’s policy is unconstitutional to the extent that it allows the display of Bibles and other religious material in the elementary schools of the County.

Case law aside, this just offends my sensibilities.

According to Strivelli, her son went to pick up the Bible because his teacher told the class they could all leave to get a copy and everyone else was going.

If you’re in fifth grade, and your teacher tells you that you can leave the classroom, and everyone else is leaving, OF COURSE you’re going to go, too.  And if that happened to involve picking up a Bible, no big deal, right…?  Come on.

Strivelli also remarked that she had been required to sign a permission slip to allow her son to watch a PG-rated movie in class, yet he came home with a Bible without any of the school administrators batting an eye.  Don’t tell me that isn’t a public school tacitly favoring Christianity. (“Why would we need to tell parents their kids might come home with a Bible?  No one could ever find that offensive!  Now ‘How to Train Your Dragon’ . . . that’s another story!”)

And then we have the school’s claim that any other religious material would be treated similarly.  I don’t buy that for a second.

You’re telling me that if a group of Muslims dropped off copies of the Koran, the teacher would have told her class they could all take a break to grab a copy?  No way.

Or what if it was a book of Pagan spells that was dropped off?

Interesting side note: Strivelli is a Pagan herself, and according to Pagan blogger Jason Pitzl-Waters and Strivelli’s own Facebook page, she’s working on getting some spell books into the school office ASAP. 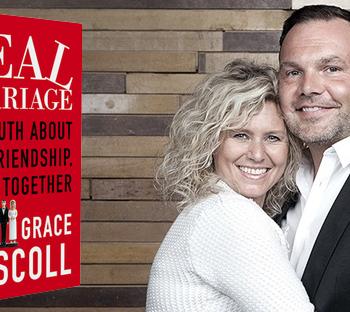 December 24, 2011
Grace and Mark Driscoll Write a How-Not-To Book on Marriage
Next Post

December 24, 2011 Are Holiday Sports Strengthening Secular Culture?
Browse Our Archives
What Are Your Thoughts?leave a comment