All my Reddit Secret Santa really knew about me was that I was a math teacher (and an atheist, though that wasn’t relevant here)… and s/he sent me the following (after the jump)! 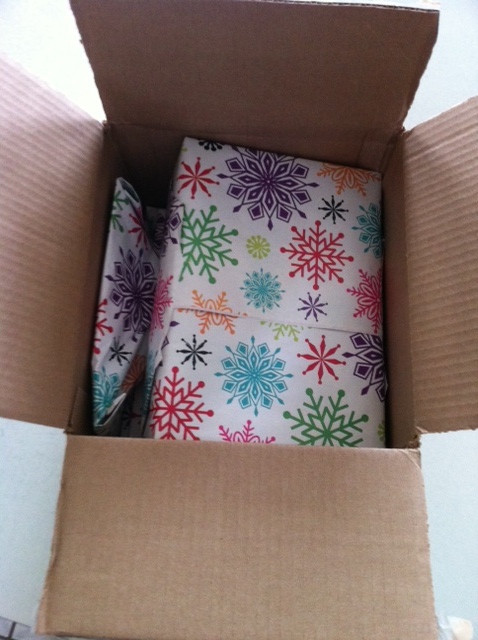 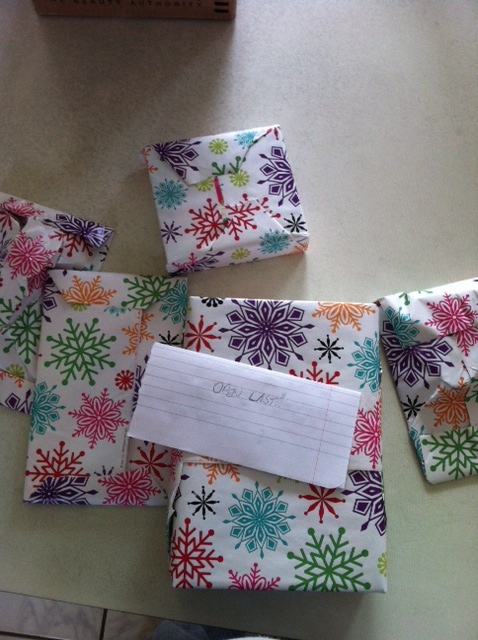 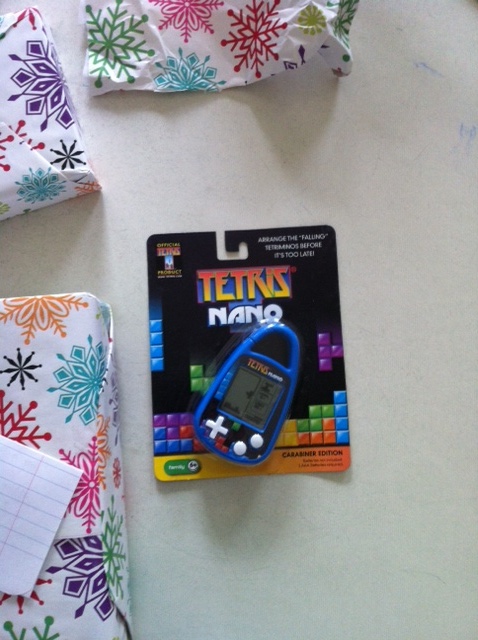 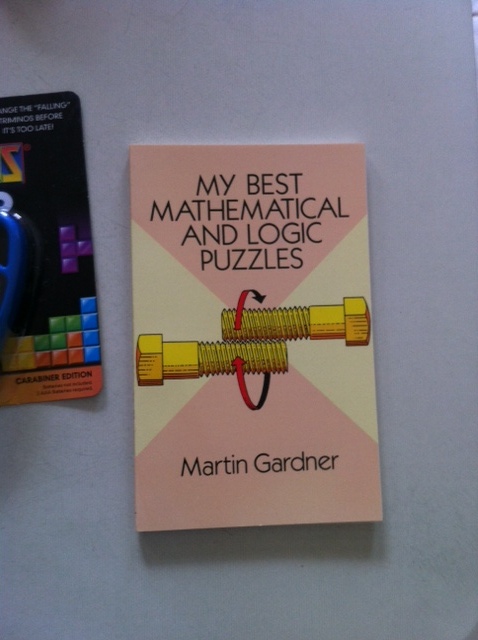 (My Best Mathematical and Logic Puzzles by Martin Gardner) 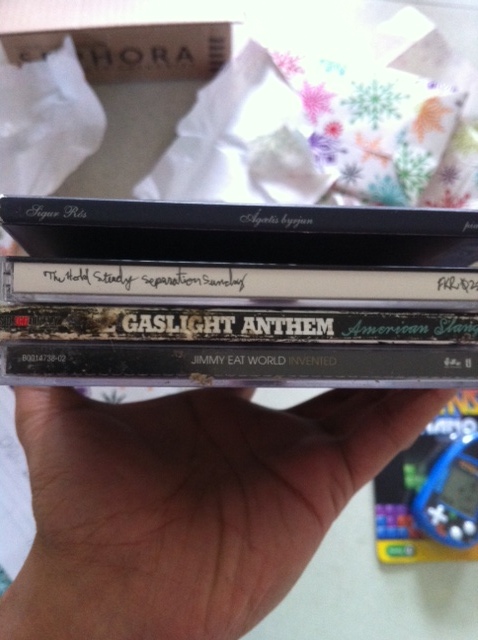 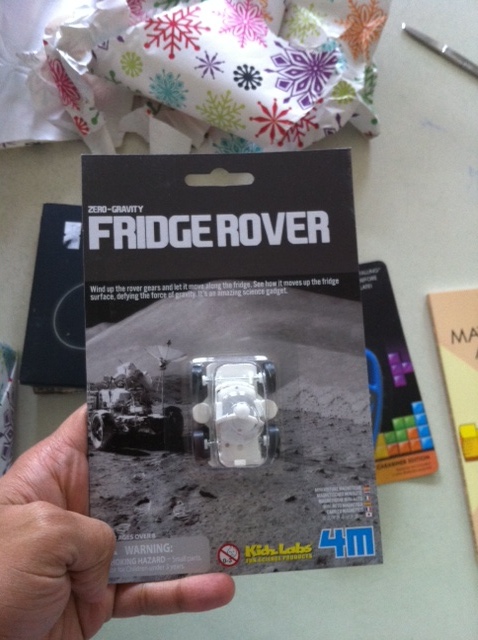 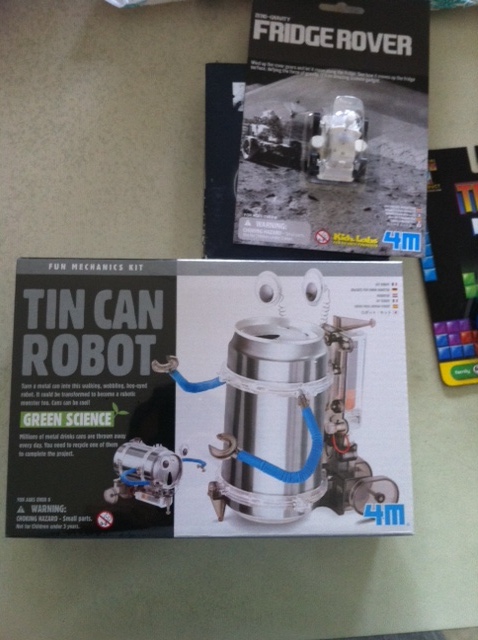 (A Tin Can Robot) 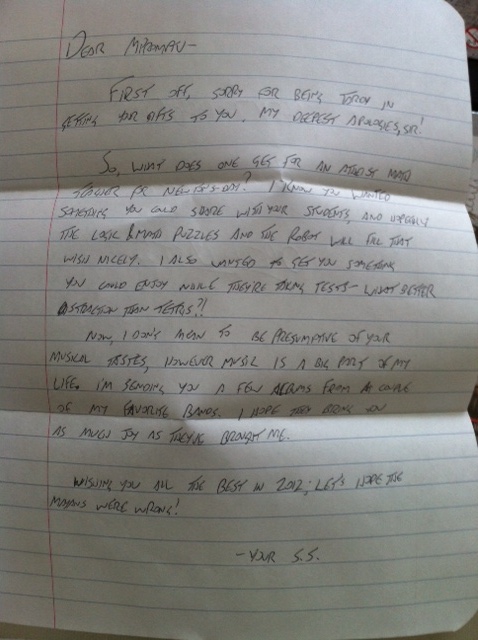 First off, sorry for being tardy in sending your gifts to you. My deepest apologies, sir!

So, what does one get for an atheist math teacher for Newton’s-Day? I know you wanted something you could share with your students, and hopefully the logic & math puzzles and the robot will fill that wish nicely. I also wanted to get you something tou could enjoy while they’re taking tests — what better distraction than Tetris?!

Now, I don’t mean to be presumptive of your musical tastes, however music is a big part of my life. I’m sending you a few albums from a couple of my favorite bands. I hope they bring you as much joy as they’ve brought me.

Wishing you all the best in 2012; let’s hope the Mayans were wrong!

Greatest gifts ever 🙂 Thank you, whoever you are!