Suppose a religious group wants to put up a Nativity scene on public property.

What’s the typical atheist group’s response? (As if you don’t already know…)

Recently, a giant menorah went up in Kelowna, British Columbia. Ron Seymour, a reporter for The Daily Courier, called up the spokesperson for Centre for Inquiry Okanagan and asked what he thought of the display.

Guy King told him the group had no official response. But he personally opposed it because it opened the door wide open, allowing for “polygamous groups, Scientologists, Wiccans, or the Flying Spaghetti Monsters” to put up their own displays on public property — and where does it stop? How could you ever say no? It was better, King said, to just leave displays like those on private property, not government property.

Sounds pretty reasonable to me. (Though I *really* want clarification about the “Flying Spaghetti Monsters,” plural. I didn’t know there were more than one.)

Of course, that soundbyte wasn’t controversial enough for the newspaper, so they instead ran this headline: 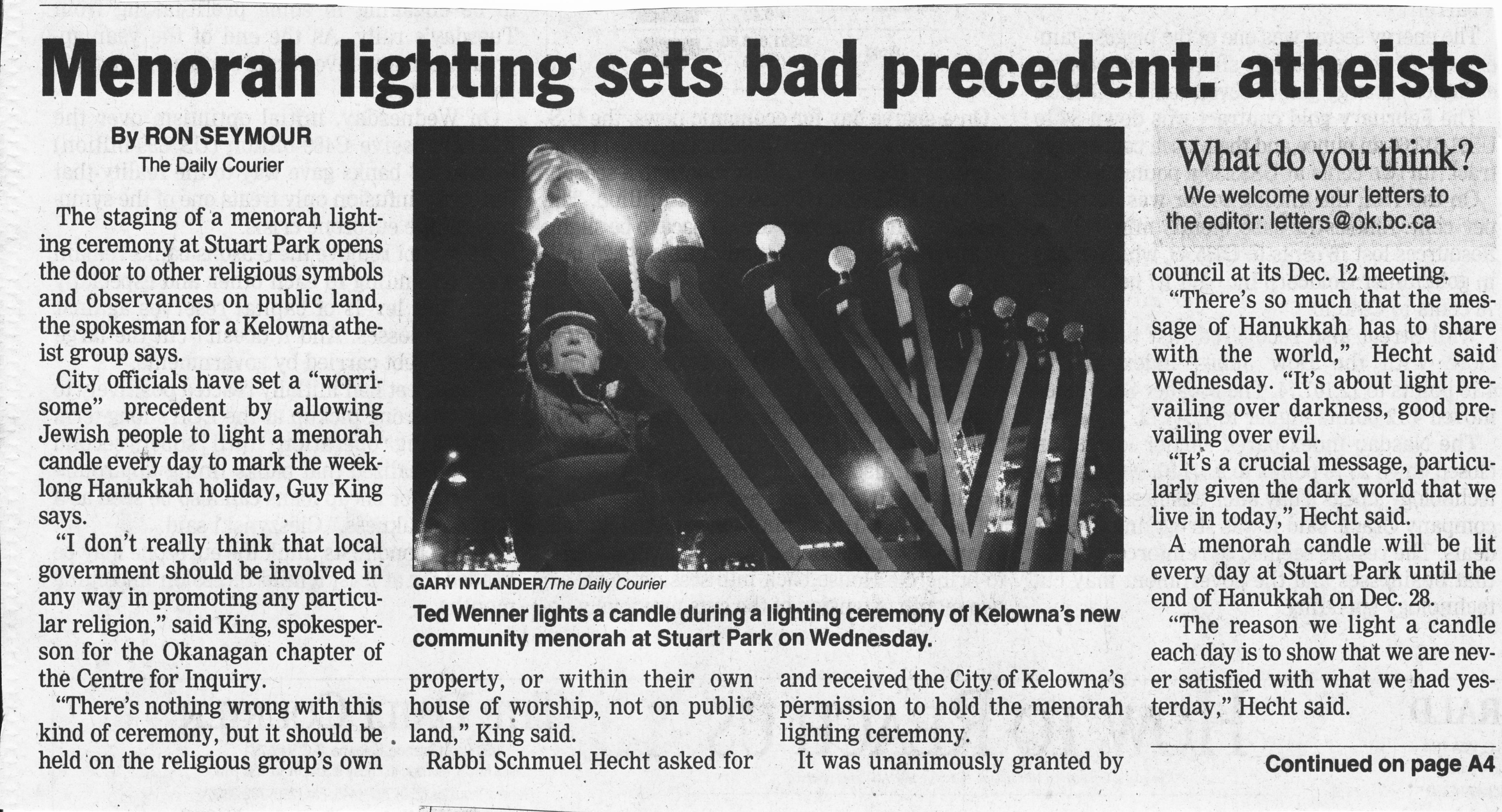 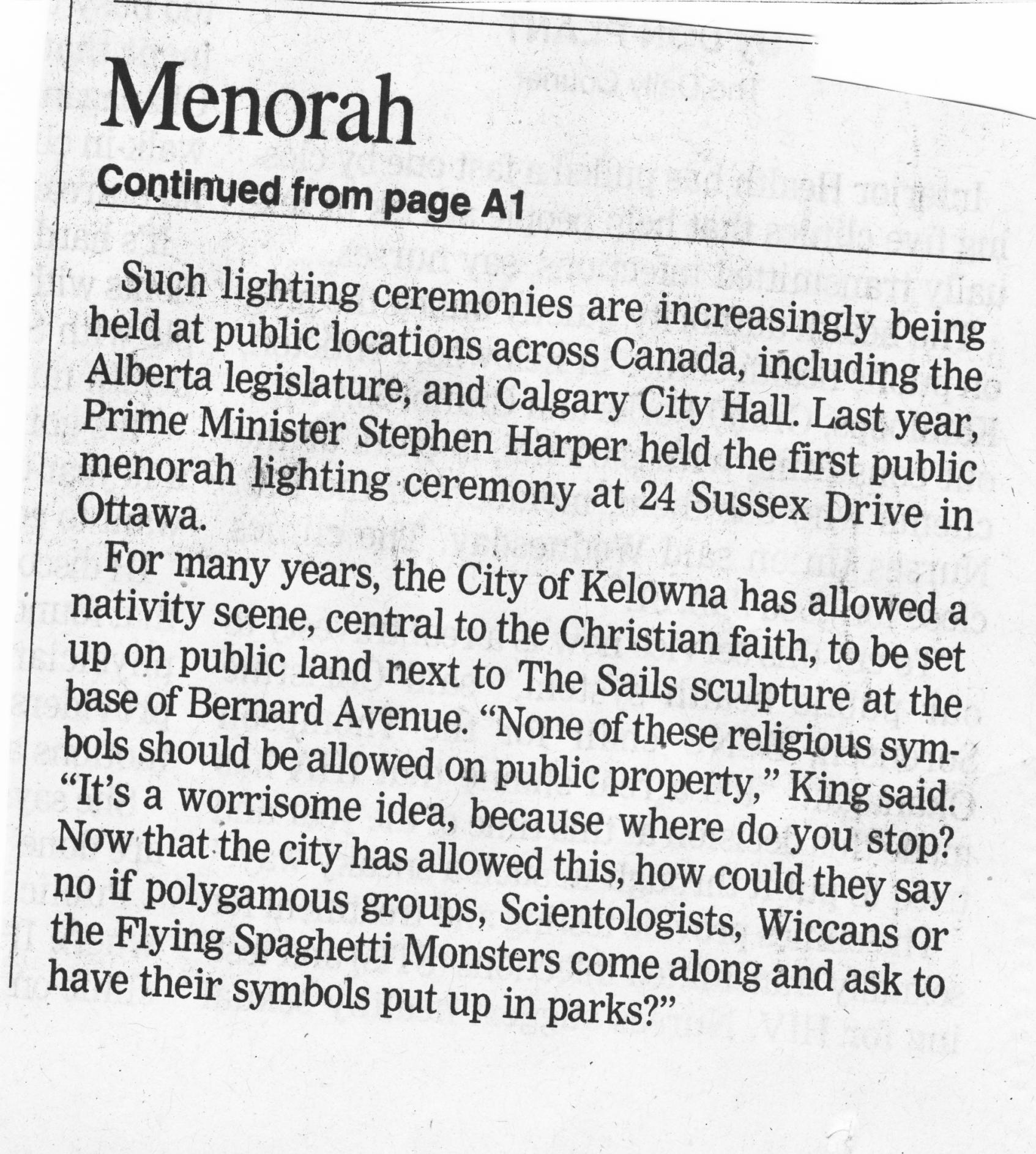 How’s that for taking something out of context…?

If they were going to misrepresent atheists, they might as well have taken the full anti-semitic route: Atheists Hate Menorah Display. And Menorahs. And Jews.

Anyway, CFI Okanagan is setting the record straight (though not through the Courier). They want people to know they don’t oppose the menorah (not specifically, anyway):

… Loren Price, who founded the Centre, insists his group does not officially oppose the menorah.

“We welcome it because it shows a bit of diversity as opposed to just having a nativity scene. [Including both is] more representative of a secular society,” Price told ctvbc.ca.

“I think you either say no to everyone or you open it up to everyone,” he said, adding that local atheists will likely apply to have a secular-humanist symbol erected in the park next year.

That’s an excellent way to put it — it’s nice to see something other than a Nativity scene because it’s kind of like saying “We don’t just let the Majority speak for everyone.” You could argue over whether it’d be better with an even more diverse display or no displays at all.

The CFI folks even went one step further and contacted the Rabbi who was behind the Menorah:

Rabbi Shmuly Hecht, co-director of the Chabad-Lubavitch of the Okanagan, organized the menorah lighting and says he received a “beautiful letter” from local atheists apologizing for the hullabaloo.

“They said it was taken out of context,” Hecht said.

Nice touch. And a very good job by the CFI people to clear up the misconceptions both personally (with the Rabbi) and publicly (via the subsequent press they’re doing).

December 23, 2011 Will the Atheists Give Peas a Chance?
Browse Our Archives
What Are Your Thoughts?leave a comment