Lawyer Dave Niose, the president of the American Humanist Association and longtime advocate for church/state separation, is going to be releasing a book in July, 2012 called Nonbeliever Nation: The Rise of Secular Americans. 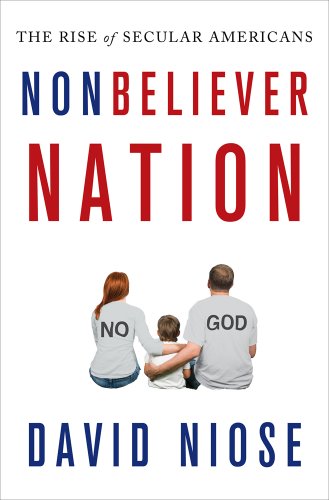 The description makes me want to pre-order a copy already:

In Nonbeliever Nation, David Niose argues that America was never in fact a Christian nation and shows how the Religious Right successfully took control of the social and political narrative. He takes us across the country to meet the secular groups now forming in opposition to that force — from humanist gatherings to the rise of the New Atheists to the explosion of secular groups on college and even high school campuses. Niose discusses their political goals, including lobbying efforts, legal strategies, and outreach through advertising and education, and what still needs to be done to make the secular voice a gamechanger in American politics.

I’ve known David for a number of years now and he’s always been one of the brightest behind-the-scenes people in our movement. Remember when the Secular Coalition for America held a contest to find the highest-ranking, elected, non-religious public official in America — which led to Congressman Pete Stark coming out as a non-theist? That was David’s idea, and it was only one of many which later came to fruition without any public credit thrown his way.

He hardly fits the “angry atheist” stereotype, but I have no doubt that his book will go after the Religious Right without holding anything back.

You’ll hear about it again on this site, I’m sure, but for now, just check out the description, pre-order a copy, and get excited.