Veiled Testimony: Is It Fair If You Can’t See Your Accuser’s Face In Court? December 19, 2011 katherine

Veiled Testimony: Is It Fair If You Can’t See Your Accuser’s Face In Court? 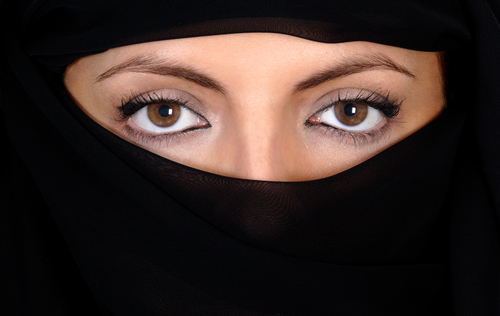 I have an affinity for cases in which the Establishment Clause of the First Amendment bumps up against some other law, especially some other fundamental right, such as Freedom of Speech.

Here is a compelling example of just that kind of case coming out of Canada: Are the rights of the accused violated if a witness is allowed to testify while wearing a veil? Or, put another way, can people testify in court if you can’t see their entire face?

The Sixth Amendment in the U.S. Constitution guarantees those accused of crimes the right “to be confronted with the witnesses against [them].”  This right provides the foundation of our modern hearsay laws and requires that the accused may “confront” witnesses against them in court, generally in the form of cross examination.

But what if your accuser is there in the courtroom… while wearing a niqab?  You’d have the ability to cross examine the witness, which seems to be the main thrust of the right, but is there more to it than that?

Only one case here in the U.S. has addressed this issue and this is how it went down:

[The case] involved a Muslim woman who went to small-claims court in Michigan to contest a charge from a rental-car company. Hamtramck District Judge Paul Paruk refused to let her testify with a veil on, and the woman, Ginnnah Muhammad, sued him in federal court alleging violations of her First Amendment right to free exercise of her religion.

A court in Canada has suggested a balancing test: the veil must be removed, but only if wearing it “truly jeopardizes” the accused’s right to a fair trial.

It’s hard to argue against a balancing test — it seems so fair! — but if I were accused of a crime, I’d be pretty upset if the person pointing the finger was completely covered.  It just wouldn’t seem fair.  I’d be there for all the world to see, and the jury (or judge, if it’s not a jury trial, but let’s not split hairs) could look at me and see if I seemed like a liar or a criminal or a generally bad person.  But then the person accusing me of the crime would be hidden from view.  No one would really be able to tell what she looked like, much less whether she seemed truthful or forthright.  And I imagine that if you’re the one facing jail time, then you want to be able to take full advantage of your right to show the jury that the person accusing you of the crime is not truthful.  That said, when a government actor (here, the court), orders someone to violate one of the tenets of their religion, there had better be an awfully good reason.

How would you come down on this issue?

December 19, 2011 Ask Richard: Should I Help My Parents with the Church Christmas Pageant?
Browse Our Archives
What Are Your Thoughts?leave a comment