This Is Some Messed Up Christian Logic… December 16, 2011 Hemant Mehta

This Is Some Messed Up Christian Logic…

LifeWay Christian Resources, a Southern Baptist-owned chain, had been carrying a special edition of the Bible in their stores… but not anymore. 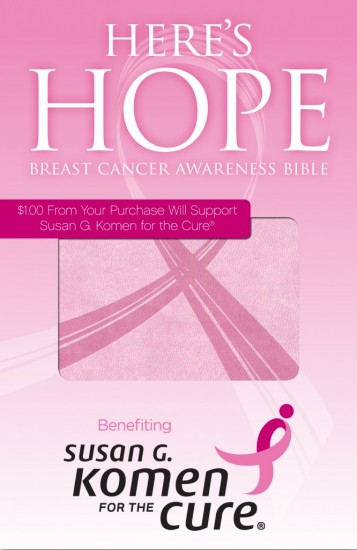 So why is LifeWay no longer selling it?

Because $1.00 from each purchase was going to the Susan G. Komen Foundation to help find a cure for breast cancer.

What…? That doesn’t make sense. Really, why is LifeWay no longer selling it?

When our leadership discovered the overwhelming concern that some of Komen’s affiliates were giving funds to Planned Parenthood, we began the arduous process of withdrawing this Bible from the market. Though we have assurances that Komen’s funds are used only for breast cancer screening and awareness, it is not in keeping with LifeWay’s core values to have even an indirect relationship with Planned Parenthood.

What are LifeWay’s other core values? “Force children to remain in foster homes rather than let loving gay parents adopt them”?

How irrational can you get…? They admit that the money won’t go toward abortion services, and they still don’t want the money going to Planned Parenthood.

Here’s a completely accurate statement: LifeWay is removing Bibles from its shelves because some of the proceeds will go to saving women’s lives.

Why more Christians aren’t up in arms about this is appalling. They’ll boycott stores because employees say “Happy Holidays” instead of “Merry Christmas”… but they won’t boycott LifeWay despite the store doing something actually awful.