I’m not ashamed to admit that I’m a Christian, but you don’t need to be in the pew every Sunday to know there’s something wrong in this country when gays can serve openly in the military but our kids can’t openly celebrate Christmas or pray in school.

As President, I’ll end Obama’s war on religion. And I’ll fight against liberal attacks on our religious heritage.

Faith made America strong. It can make her strong again.

I’m Rick Perry and I approve this message. 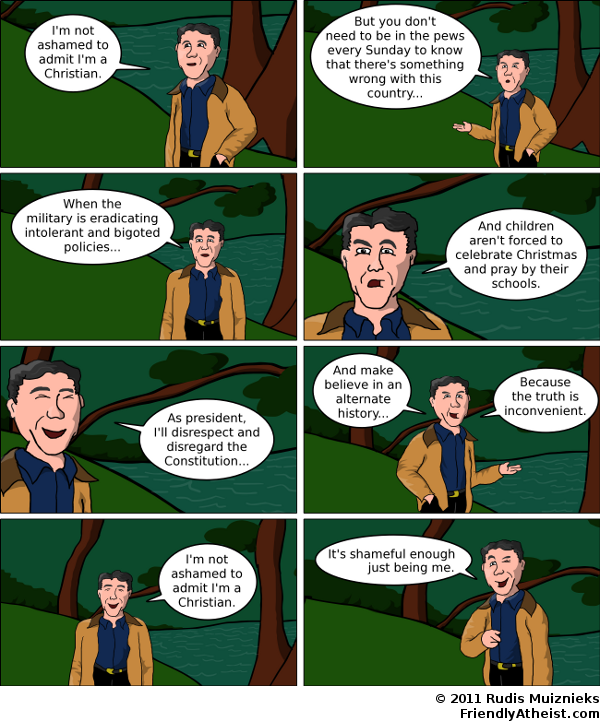 December 8, 2011
From a Macy's Dressing Room to the 'Theater of the Absurd'
Next Post