Christian Group Demands That We All Say ‘Merry Christmas’

The American Family Association released its 2011 “Naughty or Nice Christmas List” indicating which retail stores’ advertisements and employees say “Merry Christmas” (Yay!) and which ones say “Happy Holidays” (Why do they hate Jesus?)

For example, Old Navy and Victoria’s Secret apparently hate Christmas, Whole Foods is still up in the air, and Best Buy is where all good Christians ought to shop.

The AFA is even asking members to wear a button that says “It’s okay to say Merry Christmas”: 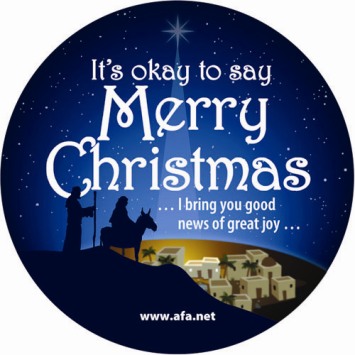 Got that, Jews and Muslims? Glad you’re on board.

Meanwhile, reader Zach S. came up with these buttons to counter-balance the AFA’s campaign. They seem much more inclusive 🙂 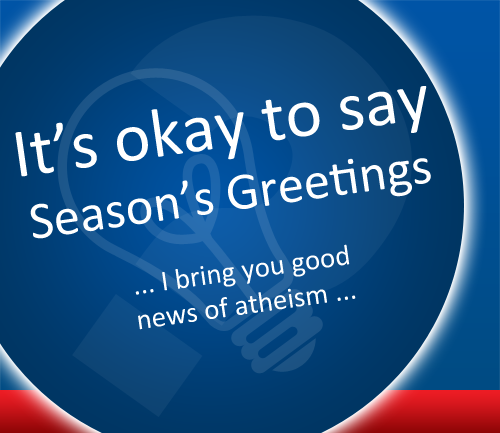 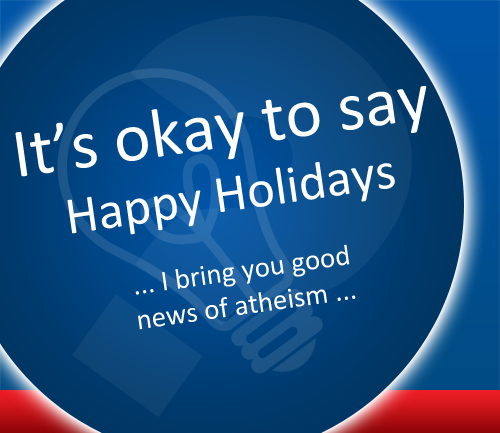 What the AFA doesn’t understand (or care to acknowledge) is that most people don’t really care if you say “Merry Christmas” or not. It’s like saying “Bless you” after an atheist sneezes. Most atheists get the sentiment; the exact words aren’t that big a deal. If you’re getting upset because someone says “Bless you,” you need to calm the fuck down.

But if the AFA wants to ignore the fact that a lot of Americans are Jewish, Muslim, Hindu, atheist, etc. and we don’t celebrate the holidays like they do, they’re welcome to act like jerks and insist that everyone pray to their god (and only their god) over the holiday season. Acting arrogant like that is what they do best.

The AFA has been running this campaign for years to no avail but they don’t care. They just want the publicity that comes with being a dick about a meaningless issue. They want donors to think they really care about this. If only they would acknowledge that this is all just a big publicity stunt, maybe we could give them credit for finally telling a truth. But as it stands, they’re going to try to make this into a national issue as long as they can.

November 28, 2011 Ask Richard: Atheist From Quiverfull Family Considers Coming Out to Parents
"Say a couple of Hail Marys and all will be forgiven.Oops.....wrong forum. Sorry! : )"
larry parker Even to Heal Racial Wounds, America ..."
"There better be."
K. Ramsuer Man Involved in MI Governor Kidnapping ..."
"Isn't that what we used to do to traitors here in the U.S.?"
WallofSleep Man Involved in MI Governor Kidnapping ..."
"We can only teach self-awareness by our own example. If we say "Those other people ..."
Richard Wade Even to Heal Racial Wounds, America ..."
Browse Our Archives
What Are Your Thoughts?leave a comment