The Story Behind Patheos

The Denver-based alternative paper Westword has a cover story on Patheos and it provides a lot of insight into how the site began and where it’s going: 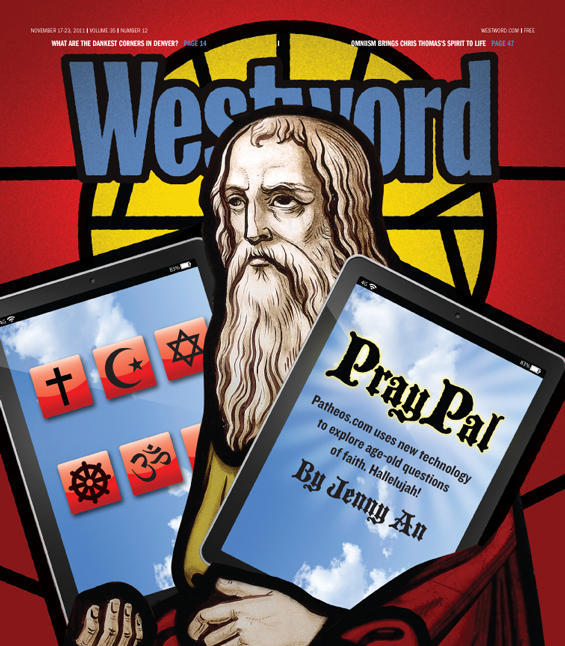 Creating Patheos’s second layer involved bringing in established bloggers from multiple religions — and their readers. Site staffers identified the ten to twenty most-read bloggers in various traditions, starting with Catholic and evangelical and progressive Christians, but soon branching out to pagans and humanists (a catch-all for atheists, agnostics and other forms of spiritual but not religious belief). Then they courted those bloggers, asking them to join Patheos — not so much for the princely sum of around $200 a month (the pay depends on page views), but also for free hosting and tech support.

Today, the five most-visited named “portals” on Patheos are Catholicism, Evangelical Christian, Progressive Christian, Pagan and Humanist (though the most popular blog in that category is ardently Atheist); they also happened to be the ones with the most developed blogger communities. Currently, Patheos has eight Catholic, nineteen Evangelical, eighteen Progressive Christian, five Pagan, two Humanist, two Muslim, one Mormon, one Scientology and one Buddhist blogs.

Patheos has a full-time staff of seventeen, many of them hired right out of Harvard Divinity School; while some are continuing to add content to the site, others are marketing it.

Not all atheists were thrilled when Hemant Mehta, who writes the Friendly Atheist, joined Patheos in July, either. A friend and fellow atheist blogger told him he “wouldn’t be caught dead on a site like that,” Mehta recalls.

“Some people are really uncomfortable with this separate but equal,” adds Pagan blogger Jason Pitzl-Waters. “It’s like a movie bleeding through to your movie.”

When you speak to a reporter for nearly an hour, you hope your soundbyte is a little more than a slightly-awkward=sounding excerpt from one sentence, but there you go.

For what it’s worth, when I was thinking about moving my site to Patheos, I got a lot of emails warning me against doing it, predicting that this site (or at least the comment threads) would be overtaken by fundamentalists…

It’s been a few months now and just about all of those fears have dissipated. Patheos continues to be a great platform for me — The problems from the old site are almost entirely gone, their staff is quick to respond to any issues I have, and it’s exciting to explore some of the new opportunities coming up because of the move. (In case you’re wondering, they didn’t tell me to say any of that.) Also, other non-theistic bloggers have joined the site and more of them will be coming soon.

I suppose that means we can all look forward to Patheos’ next phase: The inevitable war with Freethought Blogs. (Bring it, Cuttlefish.)

November 18, 2011
Military Nearly Pulls Atheist from Graduation Ceremony After He Refuses to Bow Head and Clasp Hands in Prayer
Next Post