A Finch Ain’t One

The Secular Student Alliance affiliate at East Central University in Oklahoma is on a roll.

Second, they’re advertising their meetings with these hilarious flyers:

Other SSA affiliates are already using the template 🙂 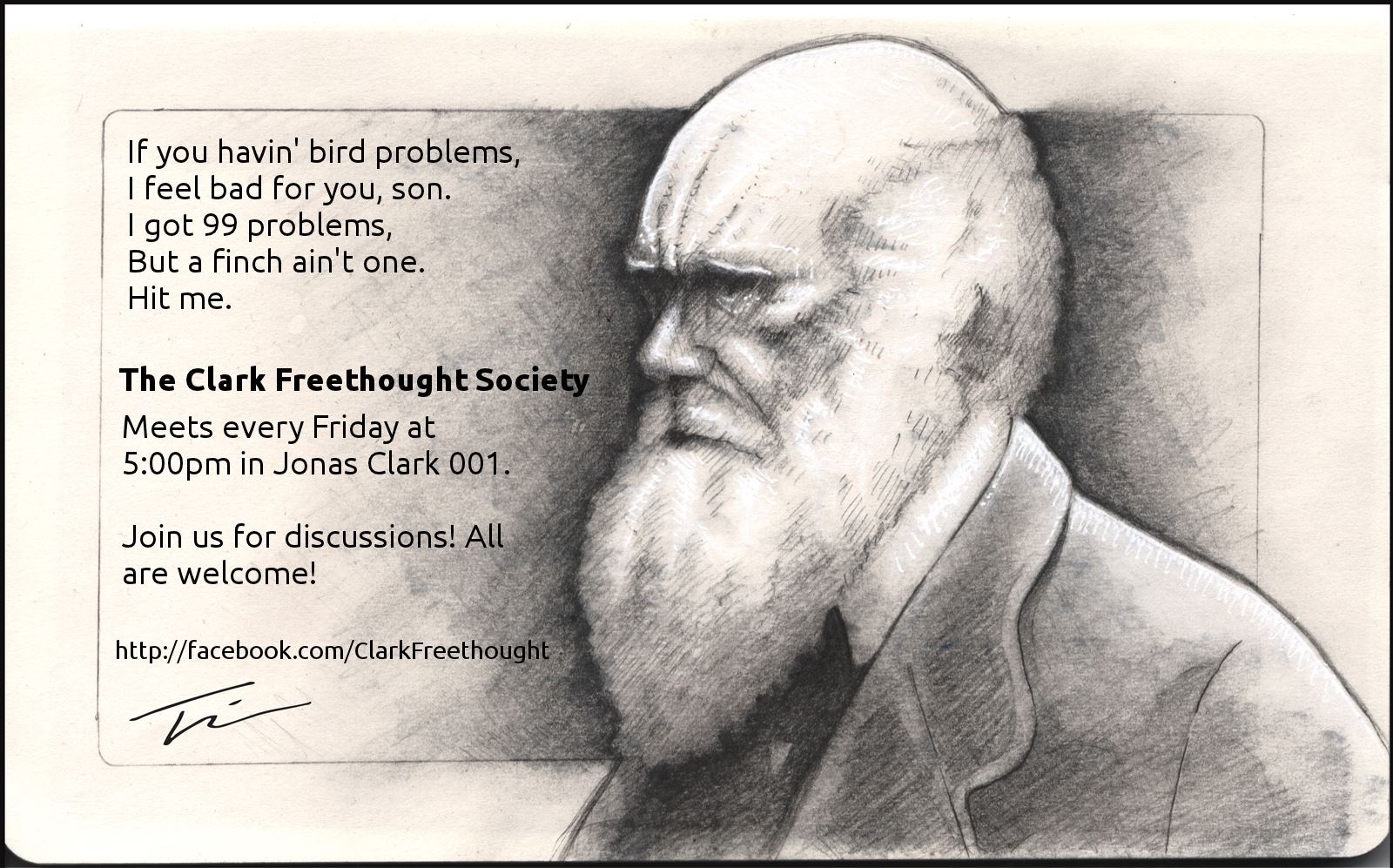 Finally, Sarah Erwin, the president of the SSA at ECU, wrote a powerful piece for her school paper responding in an open letter to the vandals who constantly tear down her group’s flyers on campus:

A day has not gone by that I do not have to replenish our signs that have been torn down and thrown away. I only hope that the offenders are at least recycling the paper. Does free speech not extend to the atheists and agnostics?

I believe in tolerance for every group. Daily, I am affronted by churches, prayer flyers, and other perspectives with which I do not necessarily agree. However, I encourage and welcome any challenges to my own perspective in order to better understand myself. I would hope my classmates would afford the Secular Student Alliance at ECU the same rights. Challenging views and critical examination of one’s beliefs is a critical learning component, and we could all learn from each other.

Many of our flyers have been vandalized with messages of Jesus. One even had an advertisement for the Z Tree on it. We have received no apologies from any Christian group, even though our e-mail is available on these flyers. Is this behavior tolerated, or worse, encouraged by the leaders of local churches? The Secular Student Alliance at ECU is a group of open-minded individuals who would never condone violating the information of a church or any other groups’ advertisements.

This is a group that’s reaching out to people who are like-minded but may not know other atheists are out there, and they’re also setting a strong example for people who don’t agree with them. It’s a group I’d want to be a part of if I went to that school. Hopefully, other students there feel the same.

November 12, 2011
Children Speak Out Against Michigan's 'Religious License to Bully' Law
Next Post