Does the Black Community Need God?

Usually, when a campus atheist group wants to hold a debate that’ll bring in a huge audience, it’ll revolve around the question, “Does God Exist?” That’s a time-tested topic about which everyone has an opinion and, if you’re going to go through all the work of setting up a big debate, you might as well do it on a topic you know is going to work.

It’s a testament to how much broader our movement that the Illini Secular Student Alliance can host a debate on the very specific topic of whether or not “the black community needs god,” get some heavy hitters (Bishop Carlton Pearson and Jamila Bey) to toss around the question, and know that a huge audience is going to want to see it: 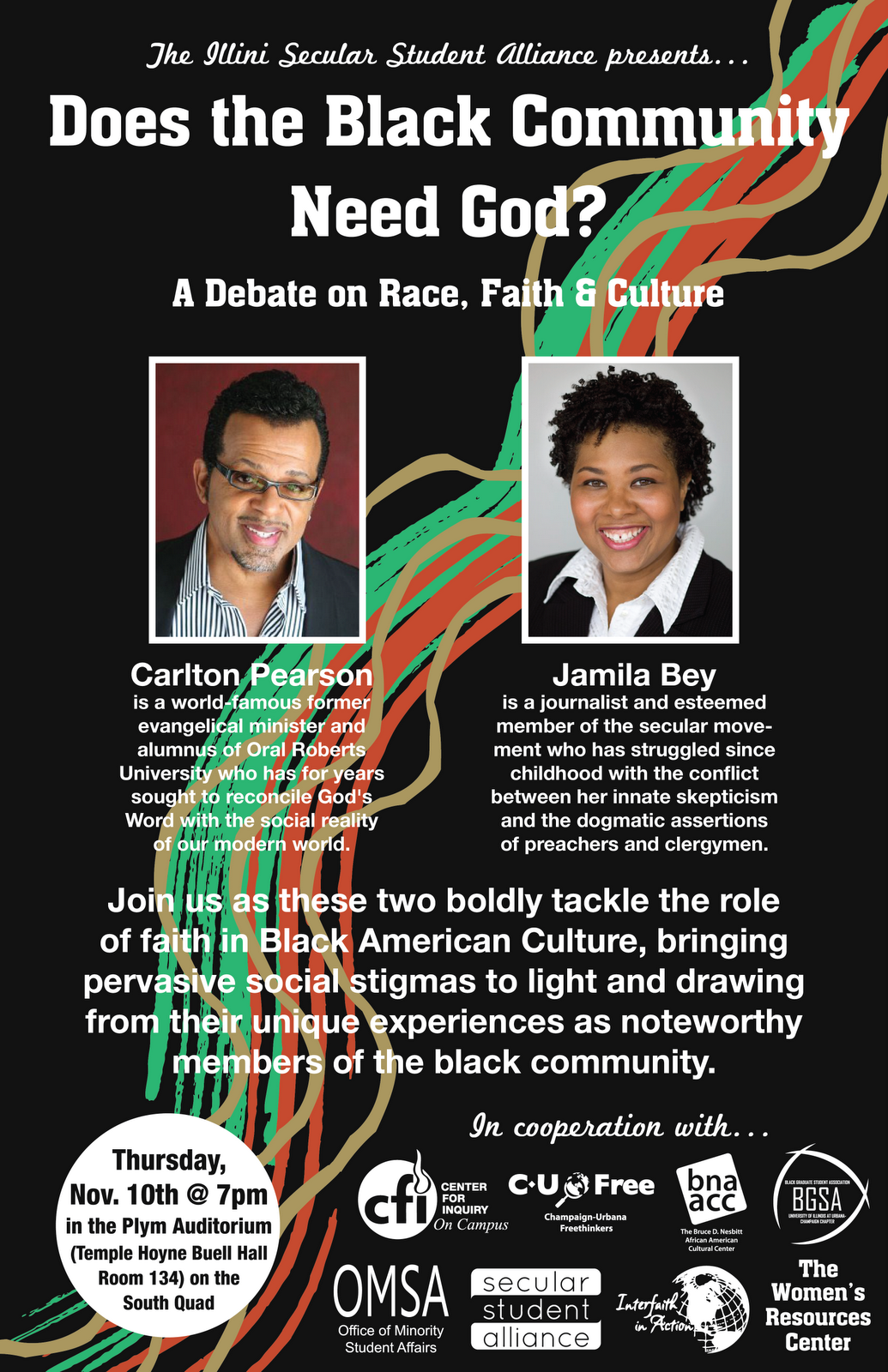 Thanks to its pivotal role in the civil rights movement, it is commonly believed that the church is among the most crucial pillars of Black American Culture. Yet some would argue that the institution has outlived its utility, providing the same basic resources as your typical community center, but with the added baggage of outdated — even detrimental — social mores and perpetual tithing. Journalist and renowned African American atheist Jamila Bey is one such critic, having struggled since childhood with the conflict between her innate skepticism and the dogmatic assertions of preachers and clergymen. Carlton Pearson is a famed former evangelical minister and alumnus of Oral Roberts University who has for years sought to reconcile God’s Word with the social reality of our modern world. Join us as these two brazenly tackle the role of faith in Black American Culture, bringing rampant social stigmas to light and drawing from their unique experiences as noteworthy members of the black community.

The debate takes place next Thursday night (November 10th) and the winner will be Jamila Bey.