I know, I know, the Ten Commandments aren’t a good moral code. We reject the very notion of following rules passed down from an authority figure. But what if we didn’t take them as absolute rules? What if they were decent, secular guidelines? And what if the authority figure *cough* was Penn Jillette?

It’s a fun idea. Apparently, Glenn Beck challenged Penn to come up with the atheist’s version of the 10 Commandments and Penn did a decent job rewriting them to tease out what was worthwhile. Kimberly Winston shares them with the public in a Religion News Service article – here’s a sampling:

(You can read the others in the article.)

Not bad. It’s a decent starting point in describing what it means to be good without god. I think he was handcuffed by his decision to follow the original format, something the late great George Carlin rejected: (NSFW – come on, it’s Carlin)

He got it down to two commandments, though he tacked on one of his own at the end.

Of course, the ultimate distillation comes from the preeminent secular scholar of our time: E.T. 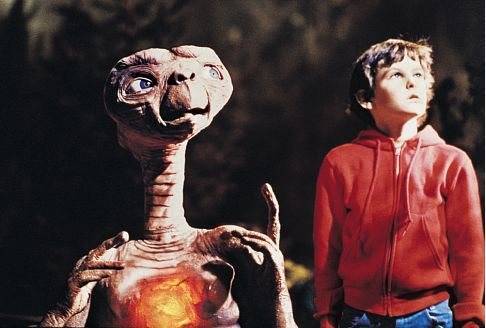 Sure, not much nuance or real guidance… but punchy, I’ll give him (it?) that.

November 3, 2011
A Voice of Reason on the 'In God We Trust' Bill Coming from an Unlikely Place...
Next Post