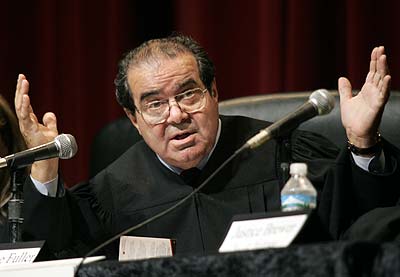 It’s not every day you see USA Today call out a sitting Supreme Court Justice.  Apparently Justice Antonin Scalia isn’t quite as accomplished a theologian as he is a judge. Speaking at Duquesne University about the death penalty, he said some pretty revealing things.  In a great article by Lisa Miller, he’s quoted as saying:

“If I thought that Catholic doctrine held the death penalty to be immoral, I would resign. I could not be part of a system that imposes it.”

Miller tears him apart. Calling it “nothing short of astonishing,” she lays out evidence that the Catholic doctrine probably does condemn the death penalty.

To recap: The U.S. bishops oppose capital punishment. So do this pope, the last pope and documents from the Vatican press office. Catholic doctrine isn’t crystal clear, but Scalia himself believes “Evangelium Vitae” fails to support capital punishment. And so, in the tradition of millions of Catholics for thousands of years, he has rejected official teaching in favor of his own view, which he believes (to be presumptuous for a minute) to be more traditional and more moral than the established one.

She goes on to close with some pointed remarks:

That’s fine with me. I don’t want a justice sitting on the Supreme Court who submits blindly to religious authority or who holds his religion above the laws of the land. So keep your job, Justice Scalia. Just don’t pretend your church approves of the death penalty. Or that you aren’t like most people of faith, cherry-picking the teachings of your church that suit you best.

After a few minutes mulling it over, I went from angry to happy.  I realized that Scalia’s actually following my vision of separation of church and state.  Justices are tasked with interpreting the Constitution of our secular government according to secular reasoning. Justices can absolutely be religious — there shall be no religious test for office, after all — but they need to be able to put those convictions aside to serve their secular purpose. If they’re not able to do so, they’re not fit for office.

Apparently Justice Scalia agrees! That’s pretty much what he said: if he thought interpreting the Constitution was strongly at odds with his religious morals, he would step down.

Wait, Scalia says that he’ll leave the court if he believes the legal system supports something the Catholic Church considers immoral?

Quick, tell him about the Catholic Church’s position on divorce! 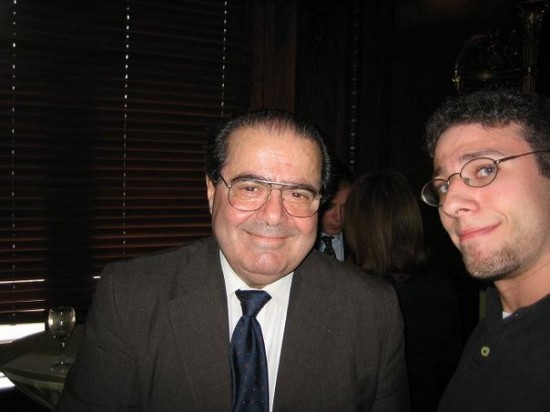 If you ever see me at the bar, ask me to tell you the funny story.)

November 2, 2011 A Safe Haven for Students Who Reject Religious Upbringing
Browse Our Archives
What Are Your Thoughts?leave a comment