You wouldn’t think there are a lot of atheist groups at “religious” campuses, but a number of religiously-rooted schools have pretty diverse populations and they support the freedom for atheists groups like ours to thrive.

Now, there’s one more to add to the growing list.

Harrison Hopkins, a student who made news as a high school senior last year when he stopped a public prayer from occurring at his graduation, is now a freshman at Presbyterian College in South Carolina. One of his first acts? Starting a Secular Student Alliance group there 🙂 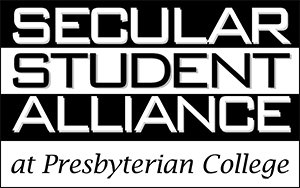 As of this past Sunday, they’re an official, registered student organization on campus!

That also means they can put posters up on campus. Knowing that other groups have had difficulties with their promotions, they’ve already anticipated the worst and are ready for it 🙂 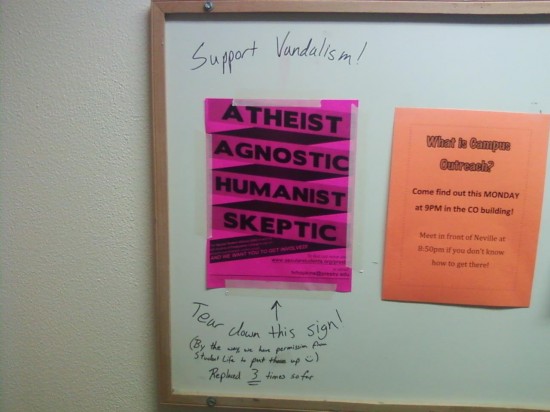 Love it. You can find out more about the group here. I can’t wait to find out about the discussions they create on campus.