There was a very positive profile of Richard Dawkins in today’s New York Times by Michael Powell. It’s not everyday you see such glowing coverage of an outspoken atheist, so savor it while it’s there. 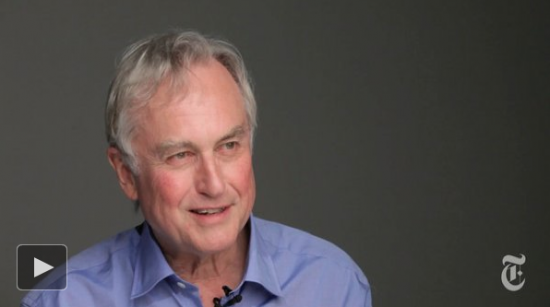 I especially liked that it didn’t focus on his atheism. It focused on science education, which has always been his passion. Atheism is just a sidetrack for him — it’s like religion was getting in the way of his teaching people how evolution worked, so he wrote The God Delusion.

One part made me want to scream and it deals with religion…:

Critics grow impatient with Professor Dawkins’s atheism. They accuse him of avoiding the great theological debates that enrich religion and philosophy, and so simplifying the complex. He concocts “vulgar caricatures of religious faith that would make a first-year theology student wince,” wrote Terry Eagleton, regarded as one of Britain’s foremost literary critics. “What, one wonders, are Dawkins’s views on the epistemological differences between Aquinas and Duns Scotus?”

Dawkins doesn’t care. And neither do 99% of Christians. They believe in God and the Bible and that’s that. Dawkins goes after those believers in his atheism writings. If you want to slice and dice a theologian’s beliefs, go ahead, but most Christians don’t believe in the Divinity of Jesus because of anything Aquinas said. They believe it because it’s all they’ve ever known, or because a pastor reinforces that idea every week, or because it makes them feel good, or because they’ve never really been challenged or pressed on those beliefs, or because they rationalized away any legitimate arguments against their beliefs.

Of course, Dawkins had the appropriate response:

Put that charge to Professor Dawkins and he more or less pleads guilty. To suggest he study theology seems akin to suggesting he study fairies…

Despite the positives, there’s always room for criticism, so here are the problems I have with the piece:

Those are small issues, though. By and large, this is a welcome article and I’d love to see more like it.