An Atheist Goes Through Alcoholics Anonymous

We already know Alcoholics Anonymous is not a program designed for atheists. 6 of the famed “12 Steps” refer to a Higher Power/God. There are secular alternatives, but nothing with the size and scope of AA.

Author Marya Hornbacher knew she needed help battling her addiction but, as an atheist, AA didn’t seem like the right place for her. Instead of attending a meeting of a secular alternative, though, she went through AA’s program, finding her own ways to get through each step. Her method placed “spirit of life and a deep faith in the value of connecting and sharing with others” above any sort of supernatural deity.

Turns out you don’t need a god to get through rough patches in your life.

She’s written a book about the experience and it’s called Waiting: A Nonbeliever’s Higher Power. 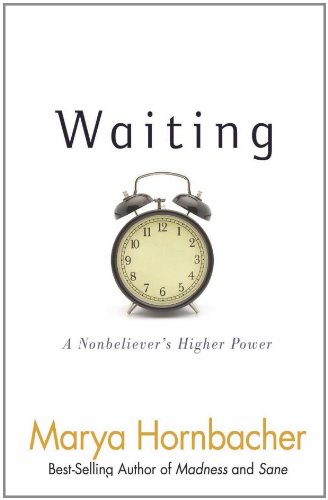 While not an excerpt from the book, Hornbacher wrote an original piece about her recovery for CNN:

The official preamble Alcoholics Anonymous states: “The only requirement for AA membership is a desire to stop drinking.”

And millions of people want that and find a way to do it in this program. I’m one of them. I was, not to put too fine a point on it, a raging drunk. Now I’m not.

It wasn’t magic; it was brutally hard work to get from point A to B. I do believe I’d be dead without the help of the people and the structure of the steps in AA.

But I don’t believe in God.

And this can be something of a sticking point when you’re sitting in a meeting room, desperate for almost any route out of hell, and someone cites “the blood of Jesus” as the only way to go. Or when you realize that six of AA’s 12 steps explicitly refer to God, a Higher Power, or He.

But this shouldn’t be a deal breaker. I’m going to make a lot of old-style AA’s cranky with this, but it’s perfectly possible to sober up, sans belief in God.

People told me their stories — of God, the divine, the power of love, an intelligent creator. Something that made all this. Some origin, some end.

I told them I believed in math. Chaos, I said. Infinity. That sort of thing.

They looked at me in despair.

And not infrequently, they said, “So you think you’re the biggest, most important thing in the universe?”

On the contrary. I think I am among the smallest. Cosmically speaking, I barely exist.

I haven’t read the book, but it sounds like an incredibly useful resource. No doubt any atheist with an addiction would appreciate a godless way of getting over it and Hornbacher’s personal journey is a rare insight into how atheists handle something that’s commonly been ceded to religion.

August 28, 2011
Why Was This Atheist Billboard Rejected by EMC Outdoor in Knoxville?
Next Post

August 28, 2011 JREF Brings Pressure to 'Psychic' Frauds
Browse Our Archives
What Are Your Thoughts?leave a comment