We’re Getting More Godless with Each Generation August 16, 2011 Hemant Mehta

We’re Getting More Godless with Each Generation

Want a terrific primer on how the number of atheists is going up with each generation?

Adam Lee writes about it at AlterNet:

All these individual facts add up to a larger picture, which is confirmed by statistical evidence: Americans are becoming less religious, with rates of atheism and secularism increasing in each new generation. This demographic transformation has been in progress ever since World War II, but in recent years it’s begun to seriously pick up steam. In the generation born since 1982, variously referred to as Generation Y, the Millennials, or Generation Next, one in five people identify as nonreligious, atheist, or agnostic. In the youngest cohort, the trend is even more dramatic: as many as 30% of those born since 1990 are nonbelievers. Another study, this one by a Christian polling firm, found that people are leaving Christianity at four times the rate that new members are joining. 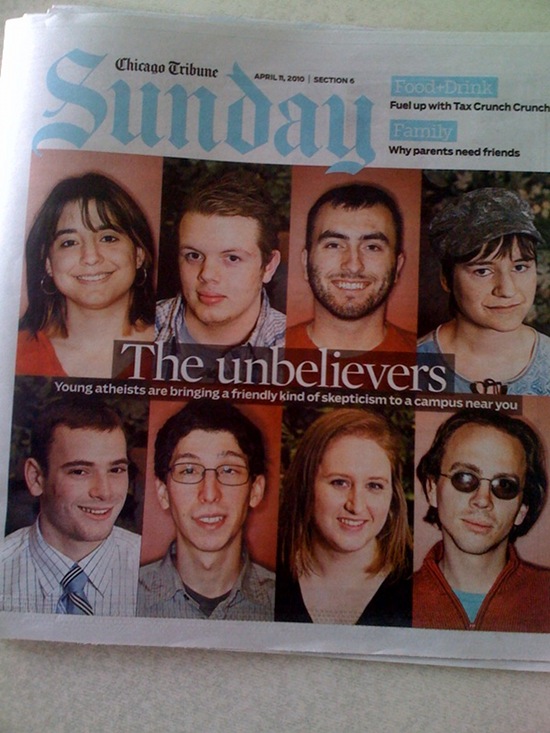 … we [can] accelerate the trend by standing up and speaking out. As I’ve found myself, the more one points out the dangers and irrationality of faith, the more encouragement it gives others to “come out.”

(via Why Evolution Is True)