Georgia Public School District: Students Must Have ‘Respect for the Creator’

The Columbia County School System in Georgia says right on its website that it “does not discriminate on the basis of sex, age, race, handicap, religion, or national origin in any of its educational programs, services or activities, admission to facilities or employment practices.”

But then someone needs to explain why the elementary, middle, and high schools (PDFs) all have a Code of Conduct (which all students must sign) that suggests “Respect for the Creator” is a part of “Character Education”:

Apparently, both the local and state school boards approved that as a character trait back in 1997.

In 2000, the issue of whether this was unconstitutional was raised.

The Freedom Forum Online that teaching the creator curriculum would illegally promote “religion to a captive audience of school children.”

Schaeffer and Mincberg sent a letter to the school board July 17 calling the curriculum an unconstitutional endorsement of religion.

“There can be no legitimate question that teaching students to have ‘respect for the creator’ endorses religion over nonreligion and crosses the required line of government neutrality toward religion,” the letter states. “It would be difficult to imagine a greater violation of freedom of conscience than the government’s instructing children that they should hold particular religious beliefs as a matter of good character.”

Unfortunately, Kathryn L. Allen, the Senior Assistant Attorney General at the time, said “Respect for the Creator” was perfectly fine:

Although inclusion of the trait “respect for the creator” in the character curriculum does not have the historic acceptance accorded to the national motto, it appears not to have a religious effect, especially as interpreted by the State Board’s “Values and Character Education Implementation Guide.” It does not endorse any particular theory of creation, nor does it disparage those who do not hold a belief in creation…

In the issue at hand, there is some consistency between the respect for the creator value and some religious beliefs. However, in my view those similarities are not sufficient to generate a finding that the statute is unconstitutional, to conclude it has the principal or primary effect of advancing or inhibiting religion as prohibited in Lemon, or to conclude that the statute endorses some religious views over others as prohibited in County of Allegheny v. ACLU, 492 U.S. 573, 592-93 (1989).

I was going to suggest calling school officials and calmly pointing out the problem here, but it’s obvious that they know full well what the problem is and they have no plans to do anything about it. 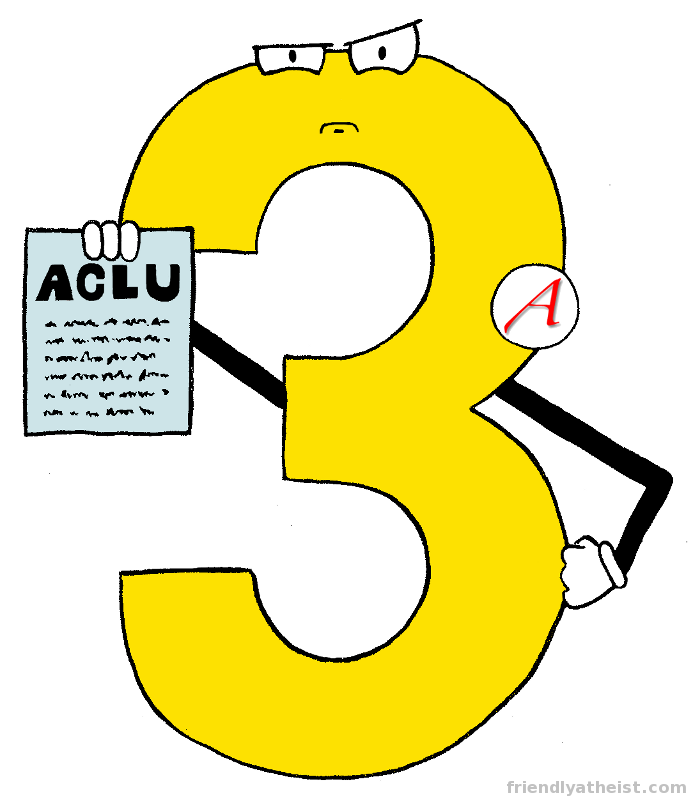