Helping Out an Injured Atheist

I’m in Nebraska this weekend for the 2011 Midwest Humanist and Freethought Conference and one of the locals I’ve had a chance to meet is Ray Morehead. I heard about Ray a couple weeks ago when another local atheist, Sarah, wrote to me about him. She told me his story and it was pretty devastating, so I wanted to share it with all of you.

Ray and his wife are both members of a local softball team named the Omaha Atheists. Earlier this year, Ray slid into second base and suffered a pretty horrible injury. Sarah writes in an email:

His leg was broken in several places, his ankle was shattered and his foot was broken as well. He required major surgery, has been ordered to bear no weight on his leg and must undergo physical therapy. At some point, he may require additional surgery as well.

The Moreheads run their own business, and could not afford the health insurance premiums required from the individual market. They were hoping to hire an additional person within the next year in order to qualify for group insurance, but now everything is on hold. The costs that they have incurred without insurance have already been more than I can imagine trying to pay.

The family is trying to raise $15,000 in order to cover mortgage and utilities for about six months while they pay off the medical bills. Ray can’t work due to his injury so the family (they have four kids) is having some trouble making ends meet. Ray’s wife used to belong to a church and some friends from there have chipped in (and offered prayers), but they still have a long way to go. The local atheist community has done a few fundraisers, too. 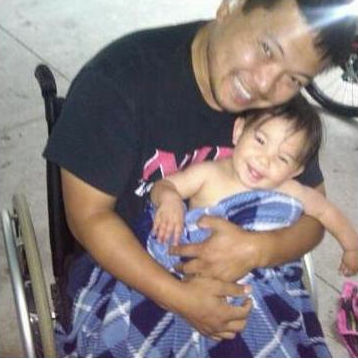 Normally, when I receive emails like this — I get a bunch of them lately — I don’t pay all that much attention to them… but I’ve had the chance to meet Ray in person now, and I’ve heard from a number of his friends. These are good people, and they could use the help.

If you’d like to make a donation, you can do so at this site — there are more details about the situation there, too. There’s also a Facebook page with updates. I don’t know if we can raise the entire amount, but any little bit helps.

Thanks in advance for any help you can offer.

August 13, 2011
Reasons Not To Get Love Advice from Don Miller
Next Post

August 13, 2011 Rick Perry Could Take Lessons from Arnold Vinick
Browse Our Archives
What Are Your Thoughts?leave a comment