When Jon Husted, the Ohio Secretary of State, held an online poll to decide which “I voted” sticker would be given out to voters this November, there were two options (out of six) which unnecessarily mentioned God. This was the one receiving the bulk of the Christian votes: 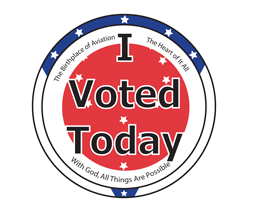 So we rallied. Then rallied again. And again.

The lead went back and forth between that God sticker and one of the alternatives, but slowly, the God sticker’s lead dwindled over the last couple days… until we took a slight lead… and, dammit, I’m declaring this an atheist victory! (I don’t care that you think this isn’t a big deal. We’ll take what we can get.)

Here’s the new “I voted” sticker: 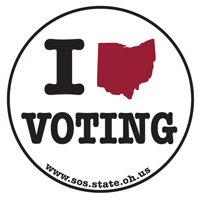 Turns out it was a close one… we won by under 1% of the total vote. The image below shows the results of the three stickers receiving the most votes (the two on the left are the “Godly” ones): 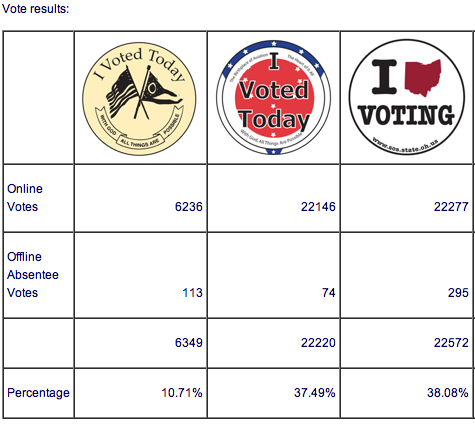 Obviously, not only Christians and atheists voted, and not everyone in one label voted for one particular sticker… but, if I can generalize, it looks like the fact that there were two God stickers worked to our advantage. Had Christians banded together and voted for just one of the God stickers, they probably would have won. Instead, they split their votes and we came out on top.

(via Inside the Atheists Studio)

August 9, 2011 A Pastor Who Condemned Rick Perry's Pray-a-Thon
Browse Our Archives
What Are Your Thoughts?leave a comment