When in Doubt, Shout

This is a guest post by Laura Shiley. She is a junior at the University of Colorado – Boulder and a member of the Secular Students and Skeptics Society (SSaSS).

Putting down the megaphone and putting on a thinking cap 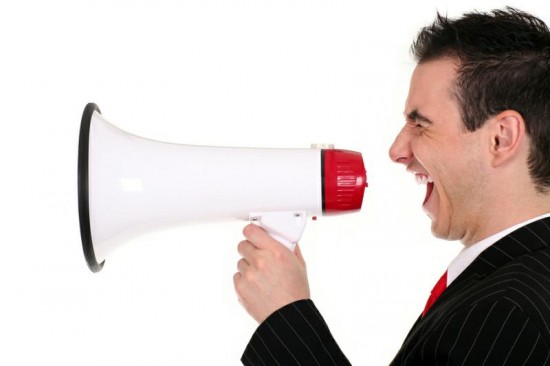 If you shout for 8 years, 7 months and 6 days you would produce enough energy to warm a cup of coffee. Yelling is inefficient. Save some time and just use a microwave.

Have you ever noticed how debates tend to turn off the critical reasoning abilities of your opponent? (Although, certainly, never in you.) This is not just your imagination.  David Gal and Derek Rucker examined this phenomenon in their article, “When in Doubt, Shout!: The Paradoxical Influences of Doubt on Proselytizing.” According to this study, people whose confidence in closely held beliefs was undermined went on to engage in more advocacy of their beliefs.

Leon Festinger was the first to popularize this theory in his book, “When Prophecy Fails,” in which he infiltrated Dorothy Martin’s cult which predicted the apocalypse on December 21, 1954. Festinger observed how the followers reacted when doomsday failed (yet again) to arrive. At first they were shocked. Then they began crying. And then cognitive dissonance kicked in and they realized that they had saved the world through their dedication. Where before Martin and her cult were quiet and reserved about their beliefs, afterwards their encounter with doubt fueled them to go on and proselytize to anyone who cared to listen and to many who didn’t care to.

These observations led Festinger to develop the cognitive dissonance theory. This theory predicts that people modify their beliefs in order to resolve inconsistencies with their attitudes, beliefs, or actions. Blaming, justifying, or denying are some of the most popular ways to lessen cognitive dissonance. Consider the fable of the “Fox and the Grapes” by Aesop. 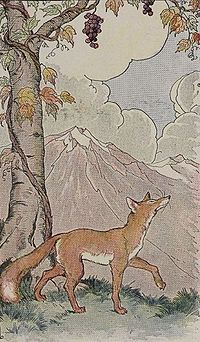 Hoity fox says, “I’m sure they are sour.”

In this story, the fox comes across some grapes dangling high above the ground. He tries every way possible to reach them, but to no avail. To cope with the frustration of failing to attain his goal, he justifies not being able to eat them by concluding that the grapes are probably sour anyways.

To quickly summarize Gal and Rucker’s study (see Ed Yong’s blog for a more in-depth summary), they examined how people advocate for their beliefs after being induced to experience doubt. Those in the doubt-condition wrote more on essays advocating for their beliefs on animal testing, eating preference, and computer preference (Mac or PC) than did those in the confident-condition.

Yet these effects are lessened when the subjects affirm an important value prior to entering the doubt-condition. For example, if people first write about an unrelated value with which they self-identify, (e.g., “I am a good student/parent/friend/musician/etc,) then their self-esteem will be bolstered against the biasing effects of the incongruent information. This affirmation is a means of offsetting the threat and convincing the person that, while they may not be perfect at everything, they have other positive traits or values.

This is referred to as self-affirmation theory and it begins with the premise that people are motivated to maintain the integrity of the self (Cohen, 2006). In one study, participants who were threatened with negative feedback on an intelligence task showed more stereotyping of a gay male than those who received neutral feedback (Fein & Spencer, 1997). Yet these effects disappeared in the affirmation condition. This is because the people no longer felt the need to make downward comparisons in order to raise their self-esteem since affirmation inoculates people against threats and allows them to view information more objectively.

These results should not be surprising to anyone who’s ever found themselves in a debate with a stubborn adversary. After all, you are bringing to light flaws within a concept that is important to their self-identity. Their reaction is a normal one, caused by the need to maintain their integrity. The underlying hope here is that they will be able to convince you of their merits and you will switch to their side. This is because there is comfort in numbers. If others also believed, their internal conflicts would lessen. 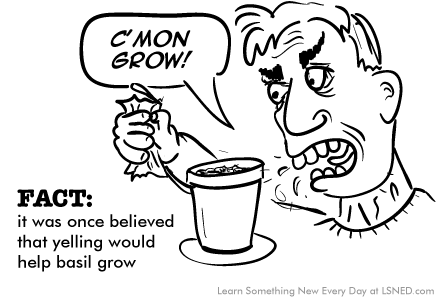 No matter how hard you try, this will not work. It’s time to reconsider our strategy.

So what can we take from this study? Simply going into a debate armed with logical artillery will not work. With the first logical fallacy you attempt to destroy, the person in your line of fire will recoil behind their cognitive dissonance barricade. View them as more than just an idea with which you disagree. View them as a human. Take the time to pause and get to know them or they will just attack with more fervor and less logic. Find out their merits until you discover something that you can appreciate. Compliment it, genuinely and truly. Maybe then you can continue with the debate in an effective way after creating this background of respect and (subtle) affirmation.

Fein S, Spencer SJ. Prejudice as Self-image Maintenance : Affirming the Self Through Derogating Others. Journal of Personality and Social Psychology. 1997;73(1):31-44.