This is a guest post by “Bob,” Executive Director of the Skagit Secular Student Alliance.

This past weekend I was lucky enough to attend the 2011 Secular Student Alliance Annual Conference. Among the speakers was American Atheist president David Silverman, and it was a speech I enjoyed. His talk focused on inspiring us secular youth; emphasizing how we are the future, and how the future looks good. I couldn’t agree more, and found the talk pretty inspirational in this sense.

His talk came together focusing on the sleeping giant…the “30 under 30”. That is, that 30% of people under 30 years of age are nontheistic. He stressed that within 20 years, we all will be out of school, and be the leaders of our country. Needless to say, that got me super excited about the future. I mean, as a nation we’re FAR behind when it comes to rationality and ridding ourselves of these ancient magical stories, but looking at trends like that provides hope.

During the speech, no sources were provided for the “30 under 30” statistic. Not the worst thing in the world, but being at a skepticism related conference, I personally expect all statistics cited. So, upon arriving back home and catching up on things, I looked into the source of the statistic. I was eager to read up on it more in depth.

I still can’t. No published study I’ve found comes close to supporting the “30 under 30” claim.

I emailed Silverman inquiring to his source, and while he was unable to immediately find the original source for his “30 under 30” point (he said he’ll look more when he has time, in which I’ll add to this post later if so), he did link me to the Pew Research Center with statistics saying that 25% of those 18-29 years old were religiously unaffiliated.  Bumping that to 30 is quite the rounding, but we’ll see if he finds his original source. I would have expected him to have an easier time finding a source for something he has been claiming for about a year though. 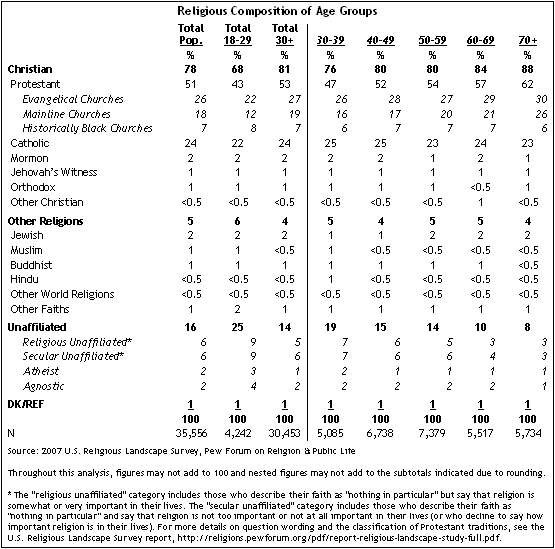 But I even found problems with this source he provided me with. This “unaffiliated” category he cited for his statement about young nontheists is…misleading. The definition of “unaffiliated” is something that needs to be established before we can even have any useful discussion about it. Four labels fall under this category according to the report; atheists, agnostics, the secular unaffiliated and the religious unaffiliated.

According to the above table from Pew, “the ‘religious unaffiliated’ category includes those who describe their faith as ‘nothing in particular’ but say that religion is somewhat or very important in their lives.” Should we really be counting those who are religious, but just unaffiliated with any specific religion, in our secular movement? 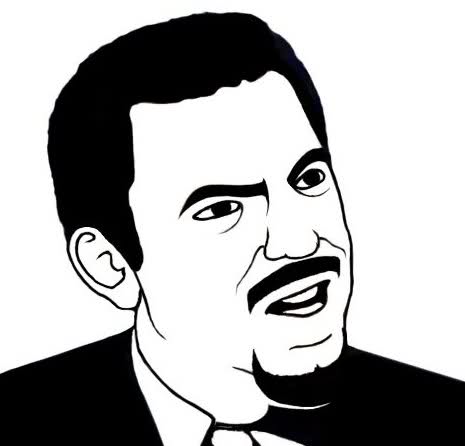 Of course fucking not. Go read that definition of the religious unaffiliated again. That is antithetical to most of what the secular movement is about.

Luckily for us, the Pew Research Center breaks down this 25% of 18-29 year olds statistic into the subcategories. The atheists, agnostics, and secular unaffiliated make up a total of 16 of the original 25% claim. We shouldn’t be including the religiously unaffiliated in the secular movement, and when we don’t it ends up being barely half of the original “30 under 30” Silverman claimed.

I hope he’s right. I want him to be right. But his claim is currently unsubstantiated. His enthusiasm is unmatched, and that alone was inspiring for us students. The secular movement is indeed winning, but it doesn’t seem to be at the pace he claims. The younger generations do believe in less of this archaic bullshit that plagues society, as can be seen in the above table. Belief is going down. The trend doesn’t seem to be stopping. “…the Nones increased in numbers and proportion in every state, Census Division and Region of the country from 1990 to 2008,” according to another report, the American Religious Identification Survey.

To clarify this definition of “nones”, the nones in the ARIS included those who responded with their religion as “None, No religion, Humanistic, Ethical Culture, Agnostic, Atheist, Secular”. The ARIS does come a lot closer to Silverman’s claim, with 22% of 18-29 year olds identified in the None category in the ARIS report. While over 22% of societies up and comers is something to be proud of, it’s certainly not the 30% that was being claimed. “22 under 30” doesn’t exactly flow as well admittedly, but it’s actually a claim supported with evidence.

The evidence/logic is on our side and people are beginning to realize that. There is no need to skew our numbers and we must be careful of letting statistics that sound great cloud our skepticism. We demand sources in our discussions among those who disagree with us; we should do the same for those that do agree with us.

We should think critically about our demographics and figure out how we may best increase them. Saying they are one thing when they are not only give us an exaggerated rate of success. I’m confident that with honestly looking at the statistics regarding belief we can make Silverman’s “30 under 30” claim a reality.

***Update*** (8/16/2011): I’ve been informed of the source from readers of this blog post, and I confirmed with Silverman that this was his original source. No survey is mentioned as to where the actual percentage comes from, but even ignoring that issue there is enough details stated in the article to dismiss it. His supporting statistic comes from this sentence:

“Between 25% and 30% of twentysomethings today say they have no religious affiliation — roughly four times higher than in any previous generation.”

I hope your red flags went up…there’s that “no religious affiliation” thing again. While this article doesn’t give us the specific breakdown of the sub-categories like the Pew source did, it does go on to clarify the statistic slightly in the next paragraph:

“Very few of these new “nones” actually call themselves atheists, and many have rather conventional beliefs about God and theology.”

So maybe not all the “nones” call themselves atheists, not a huge deal. But those with conventional beliefs about God and theology? Those are certainly not non-theists, and should not be used to inflate our numbers.