Results from the Ideological Turing Test

Remember that Ideological Turing Test I posted about a couple weeks ago? Leah at Unequally Yoked asked a group of 15 people (a mix of Christians and atheists) to answer a number of questions about god and religion. It was up to readers to decide which was which. Could we figure out which answers were genuine and which ones were the Christians “acting as atheists”? Or did the Christians really know what our arguments would be?

The results are up! You can see which responses were written by both sides here. (Click to enlarge) 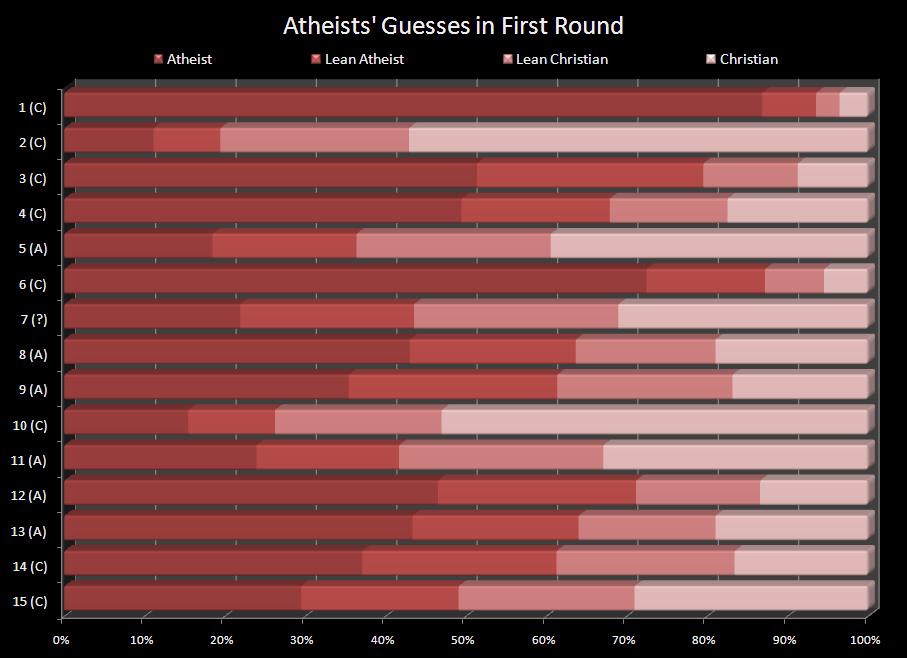 Turns out the three entries with the highest percentage of “Atheist” or “Lean Atheist” responses were all Christians.

Either we failed or they’re *really* good at acting like us.

Leah ran the same experience the other way around, too, where 15 people were asked to act like Christians and readers had to guess which responses were from Christians and which ones were from atheists posing as them. You can see those results here.