Did you know the guys behind the Armageddon/Christ-is-coming-back!/Atheists-are-screwed Left Behind series also made a version for kids?

As if they hadn’t done enough damage already…

The book Taken compiles the first four books in the children’s series (and covers the basic plot of the first book in the adult series). 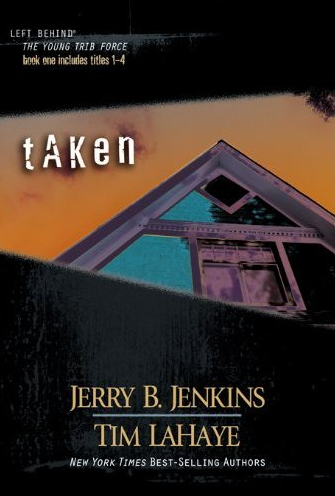 The only reason I bring this up is because the Kindle edition of the book is free of charge right now. Millions of copies of these books have been sold and they’re incredibly influential. So if you have some time, and you’ve never read Christian fiction (a redundancy, I know) aimed at young adults before, here’s a chance to read it for yourself.

Then, realize that millions of Americans take this stuff seriously. You’ll be having nightmares for weeks.

(Thanks to Merle for the link)

***Update***: Reader Laura points out the book is also free for the Nook over at at Barnes & Noble.

July 10, 2011
The Natural Leaders of a Civilized Planet
Next Post