Group of Catholics: Galileo Was Wrong!

We mock Creationists because, despite overwhelming evidence in favor of evolution, they cling to their Biblically-supported view that God created the world in six days and the Earth is only a few thousand years old.

Now, a group of Catholics is trying to give Creationists a run for their money in the game of Who Hates Science More?

They think the Sun revolves around the Earth (geocentrism), not the other way around. 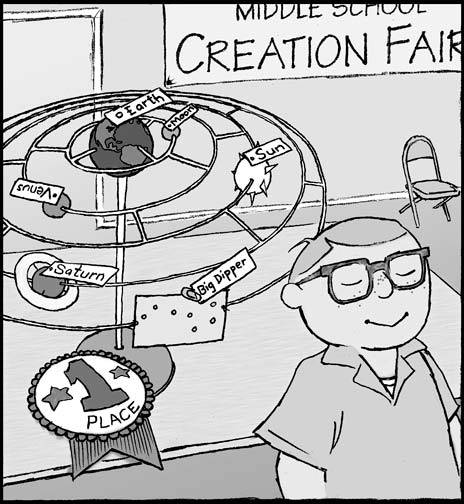 A small group of conservative Roman Catholics is pointing to a dozen biblical verses and the Church’s original teaching as proof that the Earth is the center of the universe, the view that prompted Galileo Galilei’s clash with the Church four centuries ago.

“This subject is, as far as I can see, an embarrassment to the modern church because the world more or less looks upon geocentrism or someone who believes it in the same boat as the flat Earth,” said James Phillips, of Cicero.

Indeed, those promoting geocentrism argue that heliocentrism, or the centuries-old consensus among scientists that the Earth revolves around the sun, is nothing more than a conspiracy theory to squelch the church’s influence.

The best part about the whole article? They quote another science-denier, Ken Ham, to see what he thinks — because if there’s one thing Ham knows how to do, it’s how to ignore science when the Bible suggests otherwise.

And even he can’t understand where these Catholics are getting their misguided views from:

… Ken Ham, founder of the Creation Museum in Petersburg, Ky., said the Bible is silent on geocentrism.

“There’s a big difference between looking at the origin of the planets, the solar system and the universe and looking at presently how they move and how they are interrelated,” Ham said. “The Bible is neither geocentric or heliocentric. It does not give any specific information about the structure of the solar system.”

It’s gotta be pretty bad when the guy who denies scientific reality at every opportunity tells you that you don’t get it.

Obviously, this is a fringe movement. But when you’re surrounded by people who think a consecrated wafer is the actual, physical body of Jesus Christ, should we be surprised when some of them also believe other completely irrational things?

July 4, 2011
Let's Not Forget Our Secular Founding Fathers
Next Post

July 4, 2011 That Banana Freaks Me Out...
Browse Our Archives
What Are Your Thoughts?leave a comment