Mitch Albom Doesn’t Get It

Following their attention-getting billboard campaign, American Atheists recently purchased overhead ribbons — meaning that planes would fly banners with their messages in 26 states this weekend. The ribbons would read “God-LESS America” or “Atheism is patriotic” followed by AA’s website URL.

Mitch Albom, the columnist who wrote Tuesdays with Morrie, doesn’t get why the group would do such a thing:

This is a classic example of an OK concept meeting a terrible idea. The group insists, on its Web site, that this “is not about … shoving our views down people’s throats.”

Really? Then why rent airplanes?

So finding a creative way to send out a short message is the same as shoving it down others’ throats? No one has to read it. No one has to pay it the least bit of attention. Certain religious people go door-to-door to proselytize, while some others use their faith to deny gay people equal rights, but no, we’re the ones shoving our beliefs down your throat. Why is Albom saving his ire for atheists merely stating their beliefs in a public place and not the religious nuts who make it their mission to convert others?

Albom eventually acknowledges that atheists are indeed looked down upon in America and mentions how religious groups can take things too far as well (e.g. Jesus billboards, Ten Commandments monuments). It sounds good, until he goes right back to the same mistake as before:

But doing your own version of what upsets you isn’t the answer. My sense is that most Americans are pretty tolerant of other faiths or even those who celebrate no faith — they just don’t want things shoved in their faces.

I’m sure that’s easy to say when you’re not an atheist. Ask the atheists living in the Bible Belt or who come from conservative Christian homes how tolerant everyone else is. 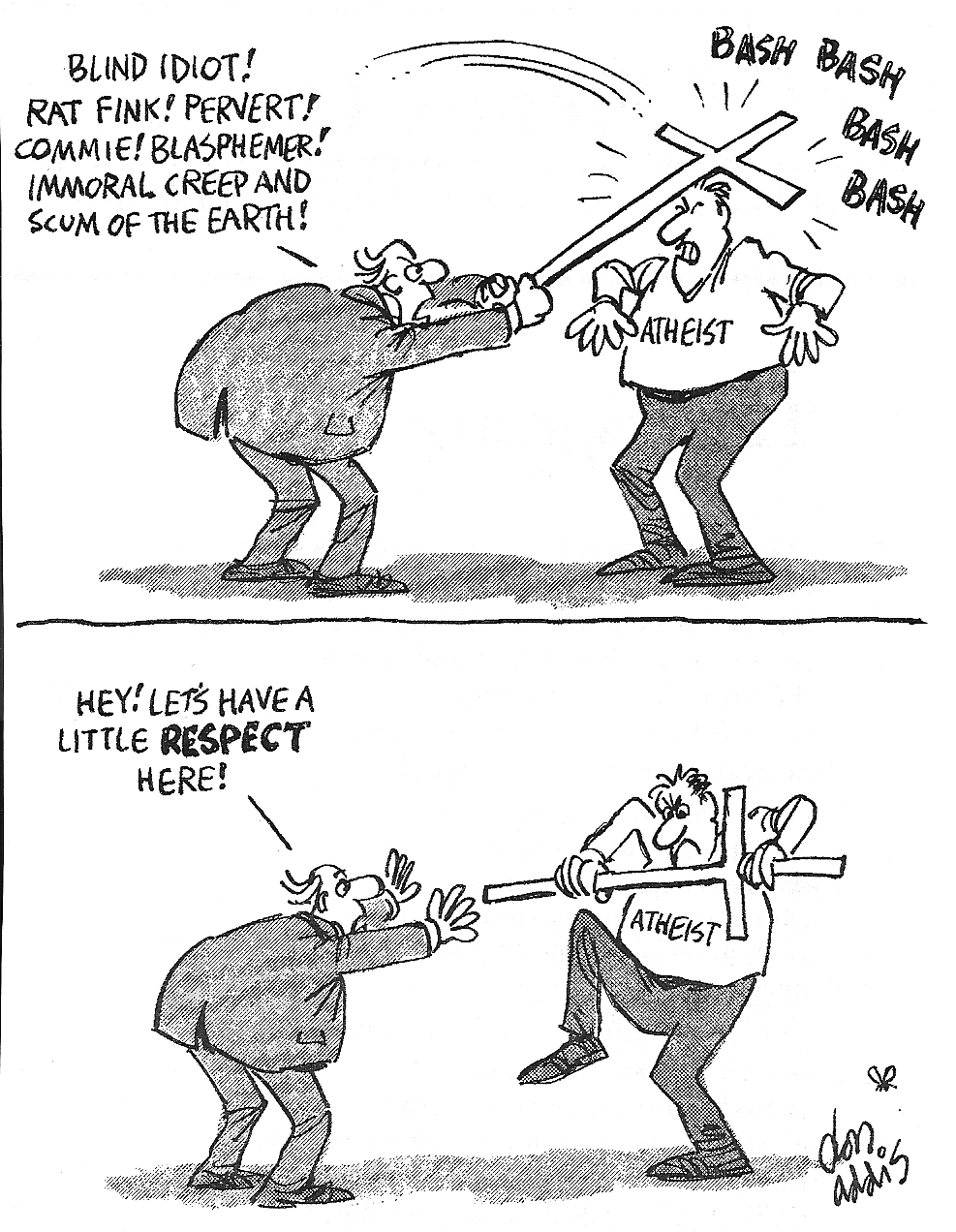 Again, having a plane fly your message in the skies — something any group is welcome to do — is hardly the same as pushing our beliefs on you. How does he not understand that?

Some would ask why a group united in what it doesn’t believe in even bothers to make a statement. But I’m sure atheists would counter that in a country where “God Bless America” is sung at events and hands are put on Bibles during courtroom procedures, that they are only fighting fire with fire.

The problem of fire with fire is that it produces a lot of smoke, and smoke gets in your eyes and you can’t see straight. Maybe, on Fourth of July weekend, we should leave the skies to bursts of red, white and blue and save our messages for another backdrop.

I’m sure that last paragraph sounds nice, but it means nothing. I can see perfectly straight. What I see is that advertising companies are always willing to take the money of religious groups to spread their messages. If that’s the case, they have no right to turn an atheist group down when we make the same request. When their policies change and they stop allowing religious messages completely, I won’t complain that they’re not letting atheists do the same thing.

Until then, all American Atheists is asking for is the same opportunity every religious group gets.

July 3, 2011 Happy Blogiversary, Richard!
Browse Our Archives
What Are Your Thoughts?leave a comment