After an atheist billboard was removed from a Columbus, Ohio site because of a church complaint, readers figured out the closest church was Christ Cathedral Church.

Kevin Jakubowski contacted them on their Facebook page to confirm if they were responsible for the billboard’s removed and they said they were: 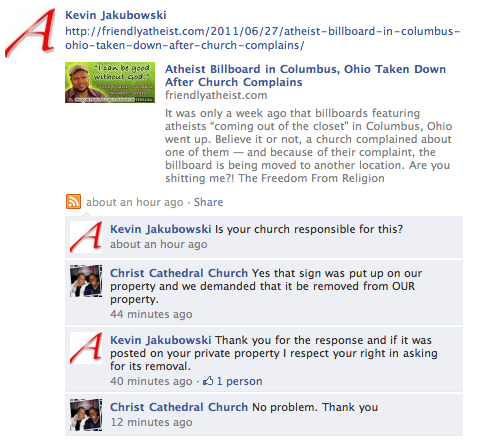 Kevin is polite in his dialogue with them, but there are still some questions:

I don’t think we’ve heard the last of this issue just yet.

***Update***: This looks to be the Google Maps image of the billboard and the church: 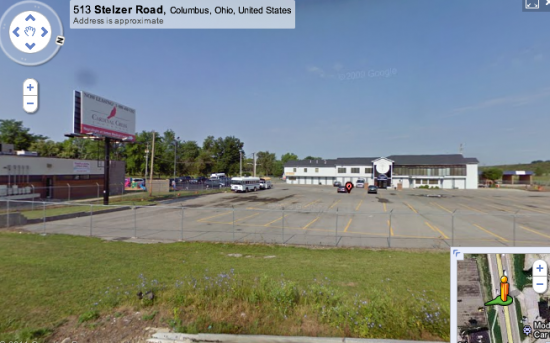