Last year in Holland, Michigan, a pastor suggested that the city council add sexual orientation and gender identification to the non-discrimination policy.

Last week, the City Council shot down the proposal on a 5-4 vote. And now, conservative groups are trying to bring down the candidates who voted to expand the anti-discrimination laws. Not surprisingly they’re all “family” groups, the Christian codeword for “prejudiced jerks”:

Glenn is the President of the American Family Association and The Campaign for Michigan Families. He tells WZZM 13 News that his organization will financially help support candidates who run against any of the three council members who voted yes for the failed proposal and are involved in the city’s upcoming election.

That’s Christian logic for you: Vote out the people who want to make Holland a more inclusive place to live, where everyone is protected under the law… It’s like that one Bible verse in which Jesus kicks the gay people when they’re down and then runs back to his family.

There’s a Facebook group (I’m boycotting Holland (MI) until love is =) calling for a boycott of local businesses unless they openly support the idea of equality — only a couple places are on their list right now. 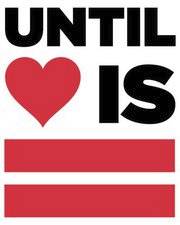 In the meantime, people can continue to speak up at City Council meetings and even draft a new anti-discrimination proposal, though that’s probably going to encounter the same opposition.

Better idea: Just vote out the bigots on the council.