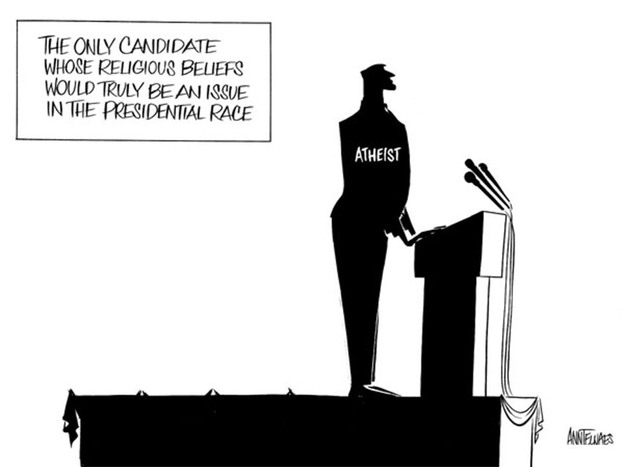 For all the talk about how people might not vote for a Mormon, let’s not forget that atheists consistently rank at the bottom of all those “who would you not vote for?” lists.

According to Gallup, 22% of Americans say they wouldn’t vote for a Mormon (even from their own party). But 49% wouldn’t vote for an atheist. So theists can cry me a river — At least Mormons can be considered viable candidates. Hell, Romney’s currently seen as the Republican frontrunner, with Huntsman not that far behind being taken seriously by a number of pundits, as well as the Obama reelection team.

We have a long way to go before thinking rationally is seen as an asset.

(via NPR — Thanks to Kelly for the link)

June 22, 2011
Getting the Kansas City Atheist Coalition Off the Ground
Next Post