American soldiers in Afghanistan were treated to some special cakes around Easter this year.

I took these from my iPhone back in Easter while deployed in Afghanistan. I couldn’t send them to my email until I got back from the deployment. These cakes were laid out in our combat Forward Operating Base dining facility during Easter, 2011.

At least with the top picture, I see hints of the Flying Spaghetti Monster… 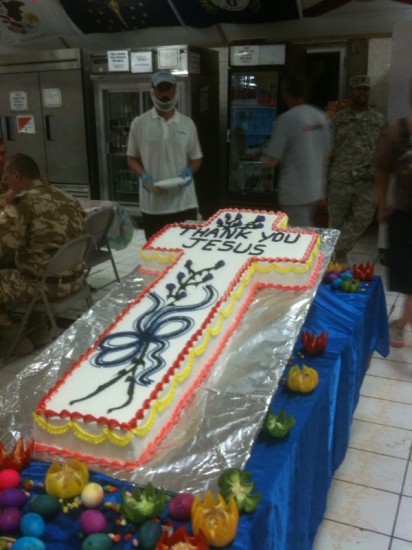 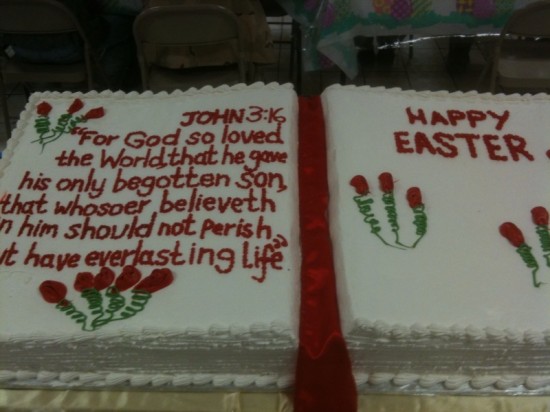 But if they allow a Christian cake, they have to allow an atheist cake, too, right?!

Justin Griffith thinks so, and he’s taking suggestions for what an atheist cake should have on it.

Justin adds that he’s serious about making this happen. (I demand pictures after the dessert is made! And maybe a sample or three.)

By the way, if you suggest the cake include “nothing at all,” trust me, you’re not the first to say that line.

June 21, 2011
Give a Man Enough Rope and He'll Eventually Hang Himself
Next Post

June 21, 2011 Is Faith Funny? Oh yeah…
Browse Our Archives
What Are Your Thoughts?leave a comment