These Atheists Have a Highway, Too! June 19, 2011 Guest Contributor

These Atheists Have a Highway, Too!

The Idaho Atheists weren’t the only ones who did some highway cleanup over the weekend!

The Capital Region Atheists & Agnostics did the same thing in New York: 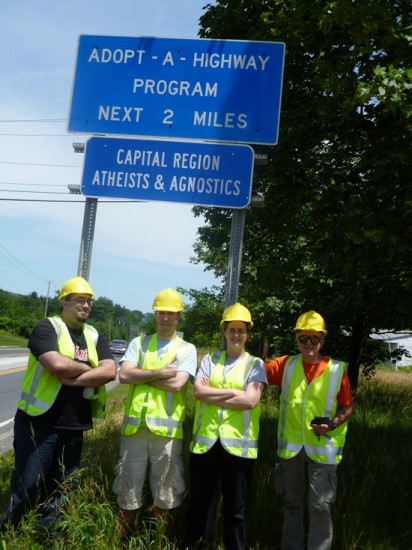 Things we learned today, as said on Facebook by Rick, the event’s organizer:

See? Atheists have plenty of useful things to do on a Sunday. Church doesn’t have to be on the list.

(Thanks to Mike for the link!)

June 20, 2011 Is It Bigotry To Not Vote for a Mormon?
Browse Our Archives
What Are Your Thoughts?leave a comment