I Need Your Stories… and a Contest! June 19, 2011 Guest Contributor

I Need Your Stories… and a Contest!

I’m doing a small project and I’d love to get material from people. (If you leave your email in the comments, I may contact you.)

I often hear how newly-minted atheists feel alone because they think they’re the only ones in their community who think that way.

If you became an atheist at a young age, did you know anyone close to you who was also an atheist? A family member? A friend? A teacher? A coach?

Did that help make the transition to atheism easier for you? Did they influence you in any way? How?

I’ll even sweeten the deal. For those of you in New York City, I have free tickets (for you and a guest) to two shows! 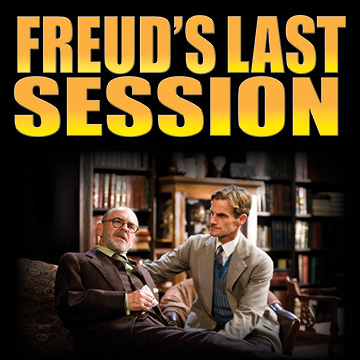 Freud’s Last Session centers on legendary psychoanalyst Dr. Sigmund Freud, who invites a young, little-known professor, C.S. Lewis, to his home in London. Lewis, expecting to be called on the carpet for satirizing Freud in a recent book, soon realizes Freud has a much more significant agenda. On the day England enters World War II, Freud and Lewis clash about the existence of God, love, sex, and the meaning of life — only two weeks before Freud chooses to take his own.

A smash hit at the Edinburgh Fringe and around the world, The Rap Guide is at once provocative and scientifically accurate, hilarious and intelligent. Brinkman performs his clever reworkings of popular rap singles as well as his own originals to illustrate Natural Selection, Sexual Selection, Evolutionary Psychology and much more.

How do you enter to win tickets? Comment on this post and put the word “Plinko” at the end of it! I’ll pick two random winners on Tuesday. (Don’t want to share a personal story? No problem. Just say “Plinko” and you’ll be entered.)

Obviously, you should only enter the contest if you live in (or are soon visiting) the NYC area.

June 19, 2011 Idaho Atheists Clean Up Highway
Browse Our Archives
What Are Your Thoughts?leave a comment