Dr. Jack Kevorkian died earlier today at the age of 83. 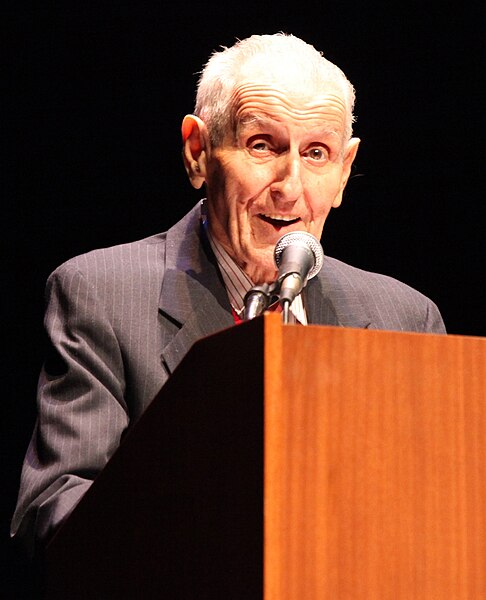 He was known as “Dr. Death” to most of the public but “Dr. Dignity” to a lot of Humanists because of how he helped people end their lives on their own terms.

“Somebody has to do something for suffering humanity,” Kevorkian once said. “I put myself in my patients’ place. This is something I would want.”

[Former attorney Geoffrey] Fieger said Friday that Kevorkian didn’t accept money and “never gained any wealth” for assisting in suicides, and he was sorry to him imprisoned for his actions.

“I did not want him to be a martyr because I cared for him and I loved him,” Fieger said.

I remember doing a report on him for one of my pre-med seminars in college. My friend and I didn’t know that much about him, only that he was “some bad guy” who was in prison because he helped murder people.

Well, that’s what we thought we knew.

As we did our research on him, we were appalled by what we found out. This wasn’t some evil guy hellbent on killing old people. He was just trying to ease their suffering by helping them die peacefully — at their own behest.

In theory, anyway. It turned out not every patient he helped die was terminally ill… but did that matter if it was their decision? Shouldn’t everyone have the right to choose how they live — and how to die?

I also remember showing clips of a South Park episode in which Stan’s grandfather wants to die and needs Stan’s help to do it.

I don’t think the doctors in charge liked our presentation very much… But we thought it was pretty damn educational.

Sure, there were some questionable things Kevorkian believed — like suggesting that we ought to test new medications on death row prisoners. But the thing he was most well-known for was really not that understood by the general public.

The American Humanist Association even backed “Beneficient Euthanisia” in 1974, later awarding Kevorkian their 1994 Humanist Hero Award. In a statement released today, AHA spoke favorably of him:

“Dr. Kevorkian led a crusade for the right of those who wanted the freedom to end their suffering,” said Roy Speckhardt, executive director of the American Humanist Association. “His unwavering determination in the face of protest, and even legal repercussions, was a testament to his strong conviction and compassion.”

“Dr. Kevorkian’s contributions to medicine and mankind are great,” concluded Speckhardt. “He gave energy to the ‘death with dignity’ movement and brought this important civil liberties issue to the forefront. History will thank him for that.”