We already know Louisiana legislators want to substitute Christianity in place of science education, but that’s not the only way they’re making it abundantly clear that non-Christians should just pack their bags and get out of there.

Now, a Ten Commandments monument is set to go up on Capitol grounds:

Senate Concurrent Resolution 16 by Sen. Mike Walsworth, R-West Monroe, approved after more than 40 minutes of debate by the Senate Committee on Senate and Governmental Affairs, would direct the governor’s Division of Administration to find a location for the monument, to be paid for with private funds.

Without objection, a House committee on Tuesday gave its support to a bill that would authorize state officials to find a spot on state Capitol grounds for a monument to the Ten Commandments.

The unanimous vote by the Committee on House and Governmental Affairs for House Bill 277 by Rep. Patrick Williams, D-Shreveport, sends the measure to the full House for debate.

The monument would normally be illegal, but Christians have gotten around that problem by saying the Ten Commandments is the basis for our country’s laws.

“It is an historical display to inform and enlighten the public on the role of law” in public policy, Williams said, “The context is everything. . . . The monument will show how the commandments have played a part in our national history and in our state.”

Williams said he is not trying to establish a religion in the state but show the commandments as a source of all laws. 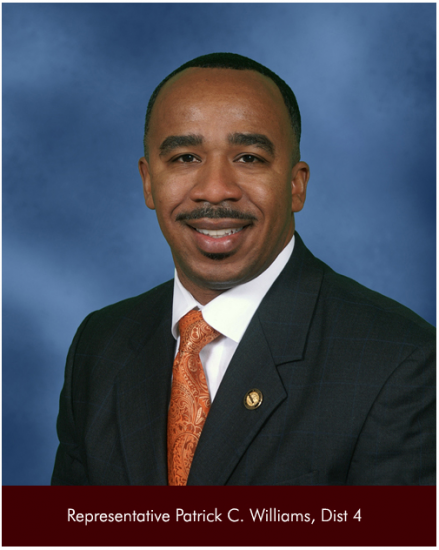 Right… tell me again how these are laws?

1. Thou shalt have no other gods before me.

2. Thou shalt not make unto thee any graven image.

3. Thou shalt not take the name of the Lord thy God in vain.

4. Remember the Sabbath Day, to keep it holy.

5. Honour thy father and mother.

7. Thou shalt not commit adultery.

8. Thou shalt not steal.

9. Thou shalt not bear false witness against thy neighbor.

10. Thou shalt not covet

I know George Carlin already made mincemeat of these “rules,” but the only commandments that are the basis for laws in our country are the ones involving stealing and killing. So let’s not pretend like the rest of them are legally relevant.

When the Louisiana House is set to debate this issue, I hope there’s a crowd of people, religious and non-religious, ready to start a ruckus. It didn’t happen on Tuesday:

No one testified for the measure besides Williams; no opponents showed up to testify against it.

Reader Randall explains why this monument may be illegal even if it gets approved:

However, I don’t think that will work. In the Texas case the deciding factors were not intrinsic to the monument. They were the circumstances surrounding the monument. The large number of other monuments near the Ten Commandments monolith and the 40 years that had passed before the monument had been challenged were both cited prominently in the Court’s opinion. For example: “The determinative factor here, however, is that 40 years passed in which the monument’s presence, legally speaking, went unchallenged (until the single legal objection raised by petitioner). Those 40 years suggest more strongly than can any set of formulaic tests that few individuals, whatever their belief systems, are likely to have understood the monument as amounting, in any significantly detrimental way, to a government effort to establish religion.”

The Louisiana monument will, obviously, not have the defense of age. If the bill passes, its constitutionality will surely be challenged right away. (I’m a Louisiana resident who visits the capitol building often and I’m willing to be the plaintiff, if it comes to that.)

Why are these lawmakers still being coy about the fact that foisting Christianity onto everybody is their new priority? At least it would make it a bit easier when our side files the impending lawsuit…

May 27, 2011
Pastor Wins Right to Say Jesus at Memorial Day Invocation
Next Post