Who Knew This Would Offend People…? May 23, 2011 Guest Contributor

Who Knew This Would Offend People…?

***Update***: The band is now returning the loan and the album is being taken off the shelves:

“The product will be withdrawn from the domestic market immediately, and we requested our international partners to withdraw product internationally as well,” Black Box Music’s Ian Stanger said in a statement on Tuesday.

“We understand the band’s desire to maintain their creative integrity,” Stanger’s statement continues. “Therefore the album will be re-released as a non-FACTOR supported project in the coming weeks.

“The material was not intended to be offensive, though we regret it was interpreted that way. Further, we regret the negative attention that this matter has brought to FACTOR.

“FACTOR is an integral part of supporting and sustaining Canadian music domestically and internationally, and their support of our work and that of other Canadian musicians is invaluable.” 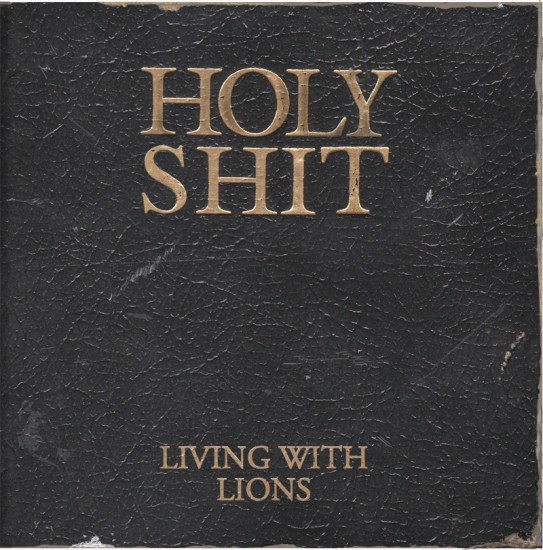 The album’s liner notes were designed to look like a mock bible and parodied Jesus Christ as a turd. They were also stamped with the logo of the government agencies that helped pay for its production.

Normally, I would just ignore something like this — it’s gratuitous, doesn’t seem to have a real point, and no one is being forced to buy it if they don’t like it — but what’s that bit about “government agencies”?

Basically, all Canadian artists receive some funding from the government to help promote our culture (because we’re insecure like that). In this case, Living With Lions used a loan (not a grant, a loan) of $13,248 to produce an album called “Holy Shit.”

The money came from The Foundation Assisting Canadian Talent on Recordings, a non-profit group that provides “assistance toward the growth and development of the Canadian independent recording industry.” FACTOR gets some money from the Department of Canadian Heritage, which James Moore heads up.

“If someone is receiving taxpayer money they need to be respectful of the taxpayers of whom they are taking the money,” [Moore] said.

That’s a horrible precedent to be setting.

What isn’t offensive to some group of people? If the government wants to help fund the arts and support artistic freedom, they can’t get upset every time the art is something they don’t like. Either give the money or don’t. Don’t micromanage.

That said, it’s not like I’m cheerleading for this band. From what I can tell, they’re not trying to make any sort of statement with this packaging. They think it’s just a “joke” and I don’t find it all that funny. That’s besides the point, though.

In a released statement, FACTOR says Living With Lions published the album, like this, without their consent:

We realize that we have a responsibility to the public and our funders to enforce reasonable limits on the content of the projects we fund. For that reason, our contracts with funded parties include language prohibiting certain kinds of offensive material. All recipients agree to these terms prior to receiving funding.

In this case, the record in question was packaged with graphics and liner notes that some may consider offensive. This material had not been submitted to FACTOR prior to its release. We have communicated to the record label that there has been a negative reaction from some members of the public regarding the content. We are now reviewing these complaints.

Another Canadian punk rocker, Joe Keithley, thinks the funding’s going to get cut severely as a result of this incident — and the new Conservative-majority government is to blame:

Within a year or two we’re going to have to organize something against the Conservatives to restore the funding because I know they’re going to cut back. The Conservatives don’t understand what Canadian values are and they should stay away from making value judgments because they’re idiots.

Someone with more knowledge of Canadian politics can chime in as to whether or not this might actually happen.

Here’s another question for you: Can a band rightfully be called “punk” if it’s making music funded in part by government loans…?

(Thanks to Howie for the link!)

May 23, 2011 Celebrity Atheist: Paul Giamatti
Browse Our Archives
What Are Your Thoughts?leave a comment