The Results of an Atheist Sex Survey May 15, 2011 Guest Contributor

The Results of an Atheist Sex Survey

What happens when 10,000 non-religious people take a survey about their sex lives — including people who were raised in one religion but later left it? Well, you get a treasure trove of data that’s never been analyzed before.

Dr. Darrel W. Ray and student Amanda Brown sifted through tons of data and put together a report that can be found here. 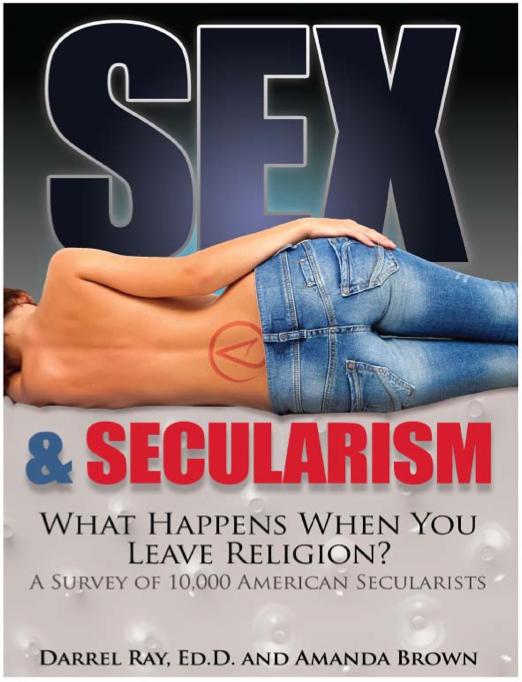 Let’s get the obvious criticism out of the way: You have to take everything with a grain of salt. This was a voluntary survey (not unlike something you’d see in Cosmopolitan). It’s not a random sample. In fact, most of the people taking the survey came via a link at Pharyngula. So I wouldn’t cite this report in any paper… but the findings do give us things to think about. And I hope these questions are asked again in the future in a more controlled, randomized survey.

With that out of the way, this is what Ray and Brown say they found:

A few charts also help us see what might be going on.

Participants were asked (and I paraphrase): Regarding the religion (or non-religion) you were raised in, how guilty did you feel about sex? 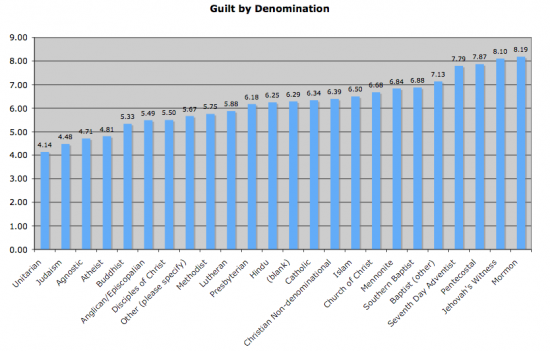 Not surprisingly, those with a less religious upbringing were the least guilty about sex, while those raised in stricter religious homes felt most guilty.

This one surprised me: What kind of sex do you have and at what age? 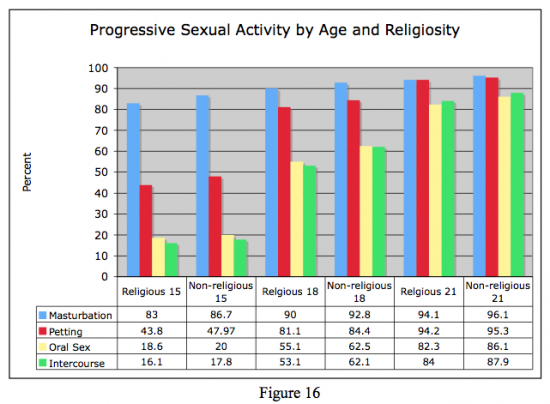 At 15, the rates for different kinds of sexual activity are pretty much the same whether you were raised in a religious home or not.

So even if you are raised in a faith that says no to sex… it doesn’t seem to make a damn bit of difference.

Finally, how has your sex life changed since you became non-religious? 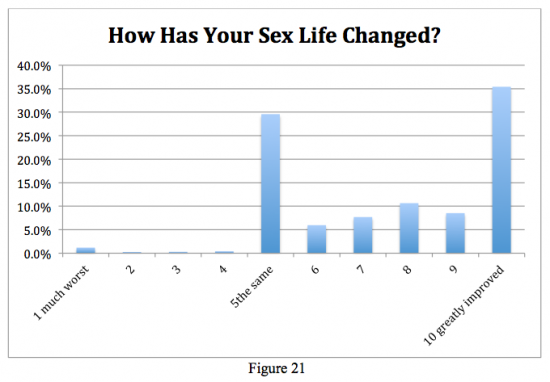 Just about every respondent said it either stayed the same or got better. Way better in some cases.

Again, I think these are really interested preliminary results and nothing more. Sociologists aren’t asking these questions about our population, but there’s no better time to do it. Let’s see if the results found here can be confirmed by others.

If you’d like to read and dissect the full report, you have to register at IPC Press.

May 14, 2011
The Problem with the Scientology Curriculum? It’s Not Christian Enough
Next Post