The Treatment of a Gay Student at Messiah College May 13, 2011 Guest Contributor

The Treatment of a Gay Student at Messiah College

You have to feel bad for a college student who goes through this:

In October, his wallet, student ID and room key were stolen.

Then, he said, he received a death threat on Facebook.

A few weeks ago, he found his replacement ID cut into pieces and covered in urine.

And it all happened at Messiah College, a private Christian school in Grantham, Pennsylvania.

What did Isaiah Thomas do to deserve that kind of treatment?

“I’ve had a professor who actually called me an abomination in class,” Thomas said.

When even the professors are against you for being gay, you know you’re not at the right school. I know bullying happens all over the country, but there’s a special sort of targeted bigotry that is found only at Christian schools, where if you’re gay, you don’t deserve to be treated like a fellow human being.

Which is really ironic given this banner that appears on the school’s website:

I looked but I didn’t see the asterisk pointing to the fine print: *Does not apply to GLBT students

One bit of positive news to come out of this story is that Thomas is getting the hell out of Messiah. 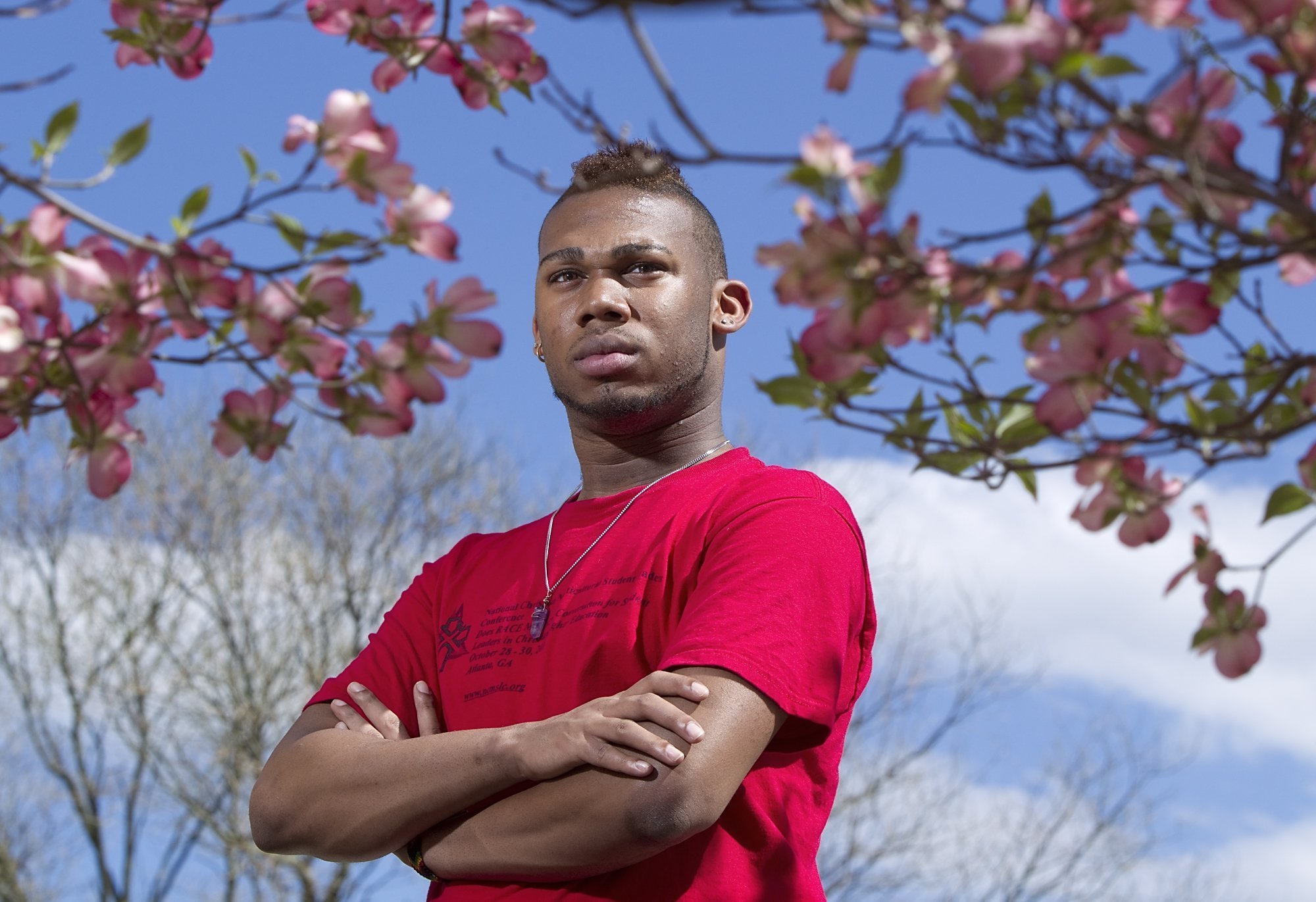 [Thomas] said he plans to transfer at the end of this term.

“Messiah College has not been the most warming place at all. At all. It’s been very hard,” said Thomas, a 2010 graduate of Harrisburg’s SciTech High on a full scholarship.

“I rather you tell me I can’t come than bring me here and strip me of who I am,” he said. “That’s worse than telling someone they can’t come.”

Another piece of good news is that alumni of Messiah are standing in support of Thomas and against the school’s ass-backwards policy on GLBT students:

Messiah College can do better than this. Harassment of any sort reflects poorly on the campus. We understand that the college cannot control the actions of each individual student. Nevertheless, we have seen many instances where Messiah College avoids acting in compassion toward its LGBTQ students and alumni, consequently fostering an unsafe and noninclusive campus climate.

Vague and condescending discussions of “hating the sin and loving the sinner” can lead to students feeling dehumanized and further marginalized. Reluctance to clarify the school’s position can lead to LGBTQ students being disciplined for behavior the school accepts from its straight students. We understand the college’s resistance to adopting a fully inclusive policy, for fear of angering donors, partner institutions, and leaders. We understand the hesitance to step on toes. Nevertheless, while the Messiah College spends years drafting and clarifying its position, LGBTQ students continue to suffer.

The alumni are urging the school to remove the clause in the “Community Covenant” (PDF) that forbids “homosexual behavior.” They also want the school to take steps to “make the college a truly safe space for LGBTQ students.”

A petition regarding this change already has well over 100 signatures. And the Facebook page is growing fast.

This all comes on the heels of the publication of the Harding University Queer Press (and the subsequent blocked access to its website on campus grounds).

This is also after the founding of OneWheaton, a community of LGBTQs and allies from Wheaton College (the alma mater of Billy Graham).

This is also after the publication of a fantastic New York Times piece by Erik Eckholm about the “battles for acceptance by gay and lesbian students” at Christian schools.

The times are changing, and the people leading the Christian schools are on the wrong side of history. It’s getting harder for them to discriminate against gay people without receiving strong backlash from other Christian students.

All I can say is: It’s about damn time.

May 12, 2011
Is Religious Belief Part of Human Nature?
Next Post

May 13, 2011 Missouri Republican Sponsors Bill That Will Change Nothing
Browse Our Archives
What Are Your Thoughts?leave a comment